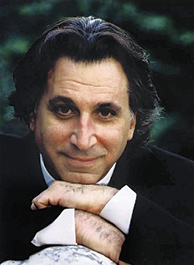 The Trouble with Scheherazade: Romance and Reality
Iranian-American composer Richard Danielpour (Manhattan School and Curtis Institute of Music) and Dr. Anne Betteridge (Middle Eastern Studies) will present musical and historical commentary highlighting the inventiveness and resilience of Persian women beginning with the ancient story of the Persian consort who avoided being beheaded by spinning stories over 1001 nights. Dr. Danielpour will present excerpts from a full symphonic work, Darkness in the Ancient Valley, the composer’s heartfelt tribute to Iran’s long-suffering people, and his trio, Remembering Neda, honoring Neda Agha-Soltan, the young woman killed in 2009, who became a symbol of hope unrealized in Iran.
The Tucson Symphony Orchestra is performing two of Danielpour’s compositions in October, with Kristin Dauphinais, mezzo soprano, Paula Redinger, flute and Anne Gratz, cello. In collaboration with UApresents Alonzo King LINES Ballet performance of Scheherazade on Feb. 10, 8 p.m. at Centennial Hall and the Tucson Symphony Orchestra’s performance of Danielpour compositions on Oct. 19 , 20, 26 and 28. 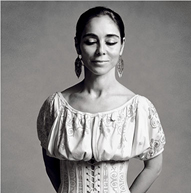 Games of Desire
This inaugural solo show in the region by the New York-based artist of Iranian descent, ShirinNeshat, features photography and video works from her Games Of Desire series, prompted by a visit to Laos in 2005 and 2008, where she saw cultural and political similarities between the country and Iran.

Featuring screen projections of an interaction between elderly Laotian women and men: the women on one side of the wall; the men on the opposite wall, the group is portrayed to be reciting songs of courtship and gesticulating through animated upper-body movements, taking turns to enthral the opposite sex. These songs were sung traditionally during weddings or other celebratory occasions in the manner of playful verbal sparring between women and men. The lyrics involve notions of the simple life, injected with unexpected sexual undertones that at times, even border on risqué. There, both women and men are free to engage in singsong banters beyond strict predefined gender roles.
Oct 26 to Dec 15, 11am to 7pm, Art Plural Gallery, 38 Armenian Street.Free admission.Closed on Sundays.

[ITALY]
Leila Hatami to
Serve on Film Jury
World-famous Iranian actress Leila Hatami is slated to attend the 2012 edition of Rome International Film Festival as a jury member of the event.
Award winning actress, Hatami, has been selected to serve at the Italian festival’s jury panel that will be presided by the American director, Jeff Nichols, the festival’s artistic director Marco Mueller announced.
The Seventh Rome International Film Festival is to be held from November 9 to 17, 2012.

Malaysia, South Korea and Iran are worlds apart when it comes to the cultures but that makes an exhibition that brings together artists from these three countries all the more interesting.
The MIKA 2012 is a collection of Malaysian, Iranian and Korean artists contemporary art exhibition organized by the Korean Women’s Association in Malaysia, A total of 31 artists have come together for the show, presenting 60 paintings that explore a wide array of topics, subjects and medium.
The Iranian art works exhibited are characterized by the use of strong colors. “Humanity is a topic favored by Iranian artists. Their works are conceptual and the colors are bold,” Wong said.Iranian artist AsgharYaghoubi, who is also the founder of Cube Gallery in Ampang, exhibited two paintings from a series chronicling a beautiful process — pregnancy.
Mika 2012 is being held at the MATIC Art Gallery, 109, JalanAmpang, Kuala Lumpur. For details, call Wong at 012-398 9608.