Each year, the The Bita Prize for Persian Arts goes to a person whose 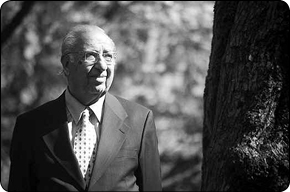 achievements in that year, or over the course of their life-time stands out. The list of our past recipients comprise of Ms. Simin Behbahani, Ms. Goli Taraghi, Maestro Shajarian, Professor Bahram Beyzaie. This year’s honoree is Professor Houshang Seyhoun–a master architect who helped shape a new kind of architectural modernity in Iran, a painter of international stature whose work have been exhibited in some of the most impressive halls around the world, and a tireless educator who revamped aesthetic pedagogy in Iran when he was the much admired dean of Tehran University’s School of Fine Arts. Professor Seyhoun will give a talk and answer some questions. The talk will be in Persian but English translation of the lecture and the question and answer session will be available.

Professor Seyhoun is himself a painter of international stature. His work, particularly his new style of abstract drawings with pen and ink, have been exhibited in some of the most important halls around the world. It is in recognition of a life dedicated to art, architecture and education that he is this year’s winner of the Bita Prize for Persian Arts. 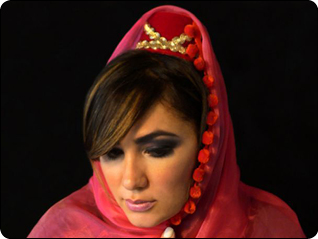 of the Middle Eastern, Arab and North African traditional dress and accessories.

“Elizabeth Taylor in Iran” presents exclusive photographs of the late actress which have never been seen before in the Middle East, during her visit to Iran in 1976.

Iranian-American Artist Eric Parnes who presented I Dream of Jeannie is also participating in the International Artist in Residency Program which is developed and supported by Katara in three artist studios.

The works will be on display until December 1 at Gallery 1, Building 19.

Installation Laleh Mehran will exhibit How to Catch a Moth’s Shadow in the John A. Day Gallery in the Warren M. Lee Center for the Fine Arts.

Mehran’s creative process is influenced by a combination of her scientific, theological and political concepts.

The installations Mehran produces are interactive, often including

performative pieces, where viewers can help direct the expansion of installation.

Mehran has exhibited her work throughout the United States, including a recent solo exhibition at the Denver Art Museum.

How to Catch a Moth’s Shadow will be on exhibit beginning Nov. 5 until Dec. 3. at the John A. Day Gallery in the Warren M. Lee Center for the Fine Arts, University of South Dakota .

“Beauty and Belief: Crossing Bridges with the Arts of Islamic Culture”, the new exhibition of Islamic art at the Indianapolis Museum of Art.

Al Khemir collected artwork from more than 50 lenders for the exhibition.

The Indianapolis Museum of Art is represented by two pottery bowls made in Iran in the 13th century.