“To elevate Assyrian art and reach Assyrian people and beyond,” is the goal of Noosha Productions, the hosts explained as they presented legendary Assyrian singer and composer Ashur Bet Sargis and several young artists at the historical Alex Theater 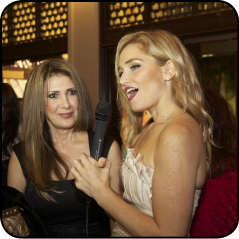 in downtown Glendale on Saturday, November 17.
Produced by Libna BetSargis, Nahrain Malik and Victor Davoody, the show was a special occasion for the Middle Eastern community, as Ashur had not performed live in many years.
Masters of Ceremony Michelle Betwarda and Ramon Takhsh spoke in English and translated their introductions to the Assyrian languageThe pre-show artists included a group of young Assyrian singers 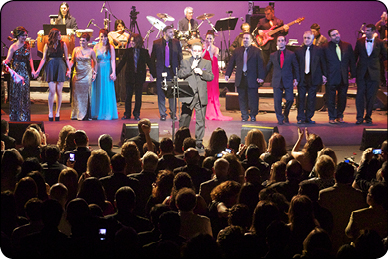 performing solos, duets and in groups, including acepella versions of traditional Assyrian songs. Fred Elia, JinaKando, Peter Ibrahim, Helena Chanco, RaminEkhtiar, NinvaAvdisho, Hannibal Menashy, Stuart Benyamin, Joseph davoud, Eilbret Dooman, Ozhen Arsenous, Danny Elya, and Tiamat Marlin Laza were the young singers included in the pre-show. Odell Badrouyan, ObalitDooman, Brenda Begini, AkadinaAmirkhas and Arbelina Jacobalso performed dances to the songs in the pre-show.
Audience members had traveled from as far as Europe to attend the concert. When Ashur entered the stage, with a live orchestra, the crowd all stood up to receive him, clapping enthusiastically.
Ashur is known for being the first Assyrian to tour in the United States. He had also performed in Tehran, Iran in the 1970s and 1980s, which boasted the second largest population of Assyrians in the Middle East, and had long been a large producer 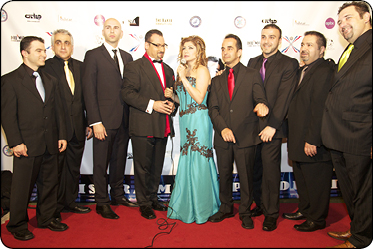 of Assyrian music on the record labels there.
He is well known for his more mellow music and incorporating instruments of other musical cultures, including Greek. As performed on stage, his musical aptitude, smooth stage presence, and cool demeanor was evident.
Musicians accompanying AshurBetsargis included Robert Noghli, AshotKartalyan, ArtashesKartalyan, Yussi, SarlpyKerkonian, NazoHadidian, RonickItal, KeyavashNourai and Alberto Lopez
Robert Noghili was 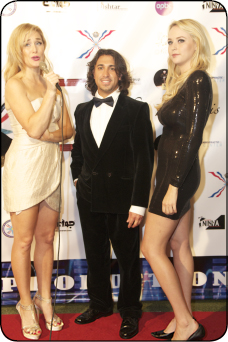 musical director and James Darmo, the show director. Music in the show was by Marc Sarmo, NinefArsanous, Sam Madoo, SalimSefo and Alexi Sianis.