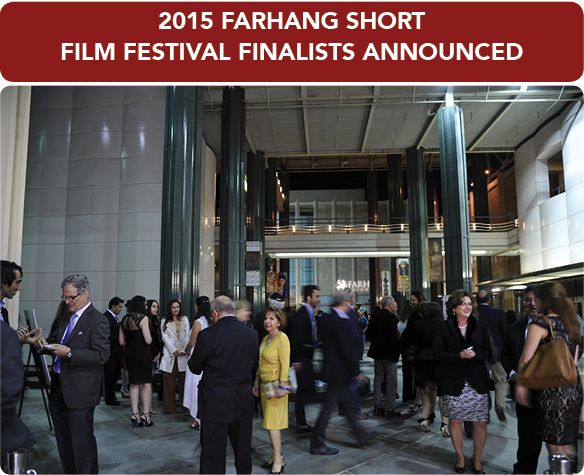 Winning submissions will be announced on March 21, 2015 during an awards ceremony at the Los Angeles County Museum of Art, with host Navid Neghahban (LACMA).

“This year’s crop of submissions has been moving and entertaining, spanning genres and styles,” said Mark Amin, Farhang Foundation board member and Chair of its Film Festival Committee. “As a juror, it was an incredibly difficult task to select only six finalists. As a cinema enthusiast, it was a treat to watch so many great short films. Congratulations are in order for all of our participants this year, particularly to our finalists.”

The submissions were astounding this year, with nearly one hundred quality short films submitted, half of which came from Iran. Submissions also came from the United States, Canada, Italy, Germany, Sweden, and the United Kingdom.

Since 2009, Farhang’s film festival has called on individuals from all backgrounds and walks of life to submit short films visualizing some aspect of Iranian art, culture, and heritage. The festival seeks to provide a forum for individuals to use their creativity and talent to spark interest in Iranian culture.

Tickets for the March 21st film festival screening and awards ceremony, co-sponsored by LACMA’s Art of the Middle East CONTEMPORARY and Farhang Foundation, are $35 for LACMA members and $45 for non-members. Tickets can be purchased by calling LACMA’s box office at
323 857-6010 or by visiting
FarhangFilmFest.org.
The film festival screening and awards ceremony will serve as a prelude to Farhang Foundation’s 7th Annual Nowruz (Iranian New Year) Celebration taking place at the museum on Sunday, March 22, 2015. For more information, visit Farhang.org. 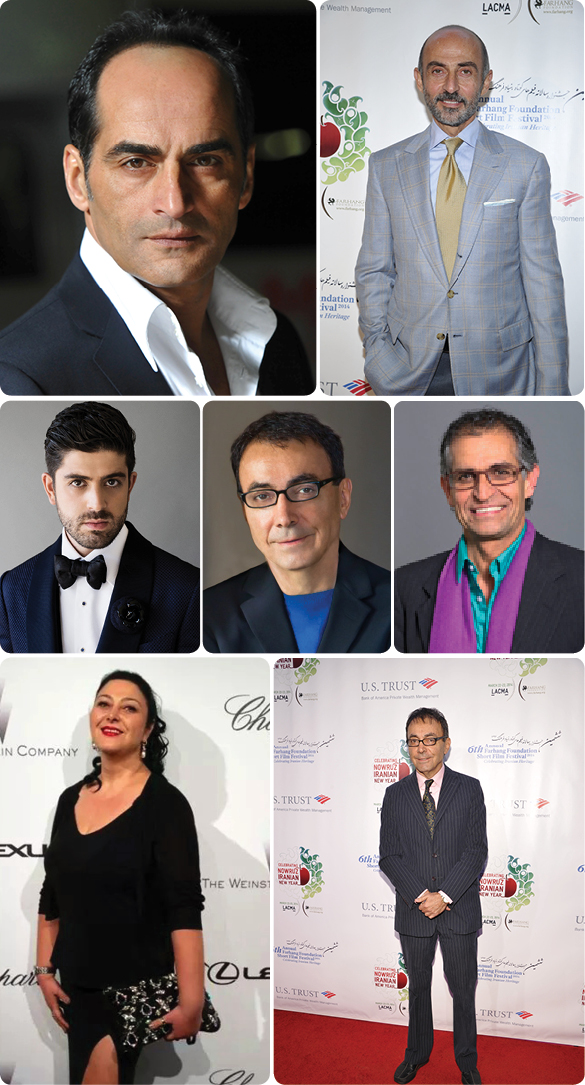