A frank interview with Undersheriff Paul Tanaka of LASD 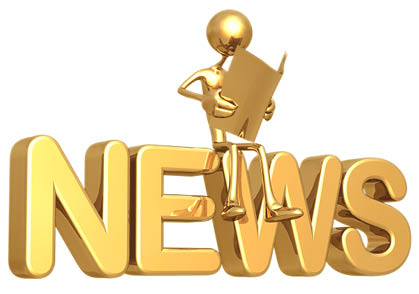 I was interested to know how is it possible to expand the positive and workable communication and relationship with the LASD and take it to a further stage where more sense of security and safety issues can replace the negative memories that some Iranians had experienced before immigrating to America – I think the answer by Undersheriff was very paramount, that unlike some law enforcements’ elsewhere in the world there is encouragement from the top to bottom that more understanding, learning the needs, history, language and heritage of all Americans with diverse background is an essential and vital concept in narrowing the gap between individuals, groups and law enforcement in  general and naturally this is a two way avenue, LA county is a cosmopolitan entity where sometimes communities are closed shop – it takes trust, friendship and creating sense of security that develops and progress’ in positive and creative manner

Is the job of the Undersheriff 9 to 5 or its 24/7 with no time limit attached to it – the answer, LA being a fascinating county in its structure and function one must be ready at all times for any emergency, a natural disaster like earthquake or fire – or a terrorist attack …. or maybe a Jumbo jet crashing near the airport, dealing with riots that can be similar to the one that LA experienced few years ago etc – all sorts of eventualities are being considered and teams and experts of LASD are constantly practicing and preparing to deal with all forms of emergencies …. In some cases there are joint task forces that work with other organizations that provide public services such as the E.O.B which its’ HQ is not far from LASD HQ, there are many similar organizations all over USA

Paul Tanaka also emphasized on issues such as crisis management and management in general for an organization with over 18000 employees and 2.5 billion annual budget – the pivot point being initiative thinking of Sheriff Lee Baca and his team in generating trust with open-minded approach to different community needs of LA residents – it’s a Draconian task with complicated sensitivities of historical and culture views and issues … and it’s working nicely – naturally there are times that one has to make decisive and difficult decisions but that is part of one’s duty and responsibility nevertheless the positive impact and the satisfaction is tremendous

In recent years we have noticed that many young and middle aged Iranians are applying for government jobs – but as yet the number of Iranians who apply for the army and law enforcement is relatively not high in numbers … during the interview it was explained that there are concrete steps taken to encourage the interested Iranian – American’s to apply for LASD, booklets and pamphlets that explain various opportunities for interested persons are available and being distributed widely – and soon we at International Javanan magazine will provide the said information both in Farsi and English

During the interview with the Undersheriff, friend of our community and Special Assistant/Senior Advisor to Sheriff Lee Baca Mr. Tevan Aroustamian was also present – International Javanan Magazine expresses its gratitude to Undersheriff Paul Tanaka for its time and for granting the interview in a very short notice and also to Mr. Teven Aroustamian for all his advice to our community in relation to LASD: