A GOOD WAY TO LOSE A FRIEND

Noushin, from Los Angeles;
A GOOD WAY TO LOSE A FRIEND 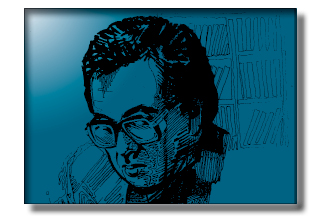 Noushin, from Los Angeles;
A GOOD WAY TO LOSE A FRIEND

Fahimeh and I had been close chums ever since we were in school together.  We both were leading happy lives and kept in touch with each other.  When we heard that another school friend, Sharzad, was living not so very far away and that she had married and had children.  Thinking back to those days and her, she had always seemed so serious and not very sociable and as for her looks, she was just ordinary, not any raving beauty.

We decided to look her up and find out the skinny on her.  When we arrived at her mansion, she warmly received us and invited us in.  We were in awe of her luxurious furniture, handsome husband and such cute children.  As we sat and visited with her, she told us that she had been through a lot of hardships on her way to being where she is today.  She told us that she had met her husband at the hospital where they both were working.  After eight years of marriage they both were very happy.  Fahimeh commented that “there is an old saying; huge happiness will never last long.”  Sharzad retorted, “One should step wisely and avoid any kind of misstep in life.”  Then we began to explain to her about ourselves.  That we had already been in several relationships and they had ended up in failure.  We also shared that we were not able to pursue our higher education and had to get jobs to support ourselves.  Unlike Sharzad who was a stay at home mom.  We enjoyed our visit with her as she was so gracious to us.  But her life was so different from ours; she was on a whole other path from the path our lives were on.  She looked kind of like a person who no longer associated with us.  We didn’t have much in common anymore.

On our way home, ornery Fahimeh began laughing, saying that we could easily ruin her life.  Because she thinks she is a ‘Goodie Two Shoes’ with all her bragging about her wonderful life.  I disagreed with Fahimeh, but she was persistent and said we should bug her so as to put her down a notch.

After having dinner, Fahimeh said that she had a hunch that Sharzad’s husband, Bahram, was no different from any other man and they all have wandering eyes.  I finally was tempted by Fahimeh and we began to hatch a plot against Shahraad.  One of our friends named Suzan, was so sexy, gorgeous with a fantastic body.  Anyway, we got Suzan to proceed on her way of seducing Bahram.  Suzan finally got a date with Bahram.  They went to a swanky restaurant for dinner.  Fahimeh and I just snuck into the restaurant slithered into a corner and watched them.  They seemed to really enjoy each other while Suzan was making passes and kissing him.

After we came back home, I was so upset and I told Fahimeh to end this game as it could ruin our friend’s life.  But Fahimeh said that it was up to Suzan now because she does seem to like him, whether she was going to try and take Bahram away from Sharzad or not.
Later on, I learned that Bahram and Suzan had gone to Las Vegas; I got worried and had a terrible nightmare, all night long.  The next morning I called Sharzad and told her about my nightmare, saying that I had seen her husband with a tramp in Las Vegas.  After a short pause, Sharzad said that her husband was gone on a business trip to another area.
During that evening, Fahimeh came over, saying that Sharzad had caught her husband off guard, in Las Vegas, with Suzan.  She made such a scene, that Suzan took off.

A few days later, I called Sharzad and told her the whole story, that we had introduced Suzan to Bahram.  The next day she came over and told us that her husband’s lawyer had asked not to go back to Bahram and she could sue Suzan.

Later on, Sharzad called to tell me that her husband was so sorry and was trying to make amends and make it up to her all his bad behavior.  She and Bahram had gotten back together.  In the end, Sharzad warned me and Fahimeh not get close to her any more.

That night, Fahimeh had a nightmare about how her devilish plot did not go through, while I had a nice dream about Sharzad hanging out in her mansion with her cute children and good husband.