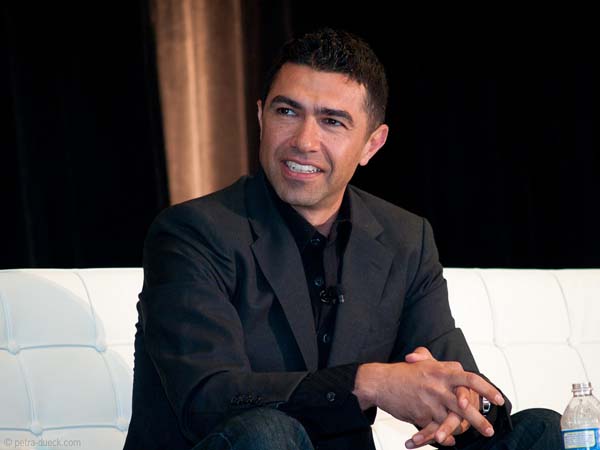 When Facebook founder and CEO Mark Zuckerberg was completing his company’s first major acquisition – a $1 billion purchase of photo-sharing program Instagram – on April 8th, he took a rather unconventional approach to the three-day negotiations.

The 27-year-old entrepreneur didn’t consult with his board of directors or any other of his trusted and savvy peers at the multi-billion dollar social networking juggernaut during the merger talks. His only resources during the talks were his $7 million Palo Alto mansion – the site of the weekend deal – and his Director of Corporate Development, Amin Zoufonoun, who hammered out the final details between Zuckerberg and Instagram founder Kevin Systrom after 12 hours of Sunday negotiations.

Zoufonoun, a Santa Clara University-educated lawyer who left the same post at Google in March 2011 after 8 years with the company, was “mainly focused on strategy and deal execution, including evaluation, negotiating and executing Google’s mergers, acquisitions and investments,” according to his LinkedIn profile. The profile also mentions that he worked directly on “key strategic acquisitions and investments” such as Feedburner, On2 and Grandcentral, known as Google Voice, and that is he is an inventor of several Google patent applications.

What makes Zoufonoun’s rise to prominence so amazing and unconventional is that rather than having strictly an engineering background like most of his industry cohorts, Zoufonoun was an intellectual property lawyer for an independent wireless phone firm called ArrayComm, LLC in northern California before moving on to Google. Additionally, Zoufonoun and his brothers Omid and Ramin are both classical Persian musicians in the same mold as their father, Ostad (Master) Mahmoud Zoufonoun, a legendary violinist. Amin, also the grandson of venerable tar player Habib Zoufonoun, plays the kamancheh, a traditional Persian instrument known as the spike fiddle, while Ramin plays the tar and piano and Omid, a graduate of Vienna music Conservatory, plays the guitar. In a March 2011 San Francisco Chronicle article highlighting a special concert by the Zoufonoun brothers as part of the Oakland East Bay Symphony’ Norouz celebration, Omid explained that “after studying in Vienna, he started getting together with Amin in Oakland for jam sessions in which they took Persian standards and arranged them for baritone voice, sung by Amin, and classical guitar, played by Omid himself.”

“It eventually led to the production of Omid’s his four-movement work “Manteq at-Tayr” (Language of the Birds), which was not only based on Persian literature,” The Chronicle article explained. “Its third movement is, as Omid puts it, ‘very authentically set in Persian musical modes.'”

Zoufonoun grew up in a bay area household frequented by legendary Persian musicians like maestros Mohammad Reza Shajarian and Hossein Alizadeh, and legendary poets like Simin Behbenahi. All that eclectic artistic influence definitely rubbed off on the Zoufonoun brothers, who have appeared in concerts at universities and concert halls around the nation.

Here is a clip of Amin Zoufonoun speaking at a panel discussion on acquisition in Canada shortly after being hired by Facebook.