An Interview With Patrick Kilpatrick

Patrick Kilpatrick has been one of the finest screen/television character, actors of his generation, playing against Hollywood’s leading action heroes. He played more than 120 Film and TV projects, and could largely do his own stunt too, and currently directing an all star of the feather film: Active Shooter” set for 2013
Where are you originally from, and where were you raised as a child?
I was born in a one room clinic in Orange, Virginia where Woodberry Forest School for Boys was and is located. My father, Robert Donald Kilpatrick, Sr. was then a math teacher at the prestigious prep school, known widely as “The Little Princeton of the South”. The birth was difficult for my mother — Ellie Fay Hines Kilpatrick — in fact the delivery was breech (born backwards) and I am told I struggled to life, the umbilical cord choking me, my nose broken in the rush to bring me forth.
Tell us about your childhood?
I was christened Robert Donald Kilpatrick, Jr. I was not expected to survive – asthma ridden, allergic to milk, meat, eggs, mold, cats, dogs, rabbits, horses and a host of other pathogens. Instead under he diligent care of a loving mother and father I thrived to become a healthy lad displayed at medical conventions as an example of how children might surmount bronchial allergies and respiratory challenges. My earliest recorded performances involved injecting myself with allergy shots at kindergarten show and tell and winning money defeating all comers swimming underwater. I have always put my abilities underwater to a combination of my father’s Under Water Demolition Team (UDT) WWII DNA and the expanded chest cavity developed by asthmatics as they struggle for breath. It is true that at age 11, dove into the water with other competitors and by the time I surfaced, the other swimmers were back on dry land with all the medals awarded. Adjustments were made and I received the 1st place medal.
How difficult was growing as a teenager?
Not difficult at all except for the severe allergy inspired asthma for days at a time – in those days,  what medicines they had were directed to the adrenaline glands, so one was “jacked up” when the medicines were deployed, so I just rode the asthma out until I developed an immunity.
At Woodberry, later the Gilbert School in Winsted, Ct., then as instructor in Cape Cod, I  excelled in sports of all kind – wrestling, football, baseball, basketball, swimming, sailing, rowing, tennis, scout war games, horseback riding and jumping. The athletics came to a screeching interruption when at 17, as the passenger in a car crash, my back was severely broken with the resulting short term prognosis that I might never walk again.
For me in those days pure cocaine, and earlier yet pure acid, mescaline, marijuana and hash, exquisite French organic wine, were simply another youthful athletic event, another young person, intellectual exploration inspired by real and fictional literary and journalistic lions … Hunter Thompson, Aldous Huxley, and Arthur Rimbaud, Neal Cassidy, Ken Kesey and Tom Wolfe. Hemingway and Fitzgerald had drink, my youthful days possessed other delights and dangers. Had it not been for will, genetic strength, education, a rejuvenation and organic food wisdom and athleticism, a healthy sense of self preservation mingled with the reckless, as well as God’s luck and destiny, I might have fallen like so many others. 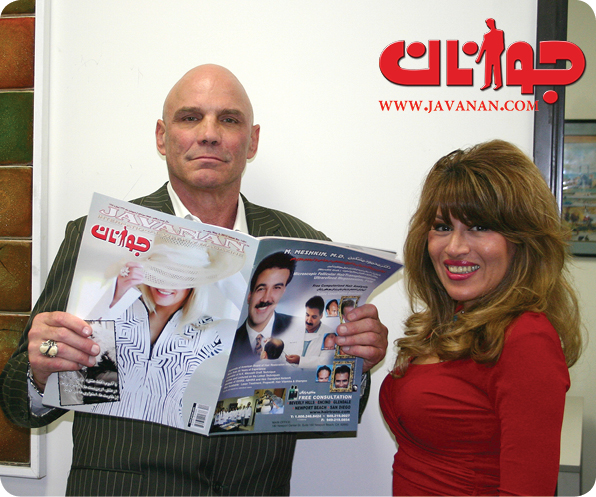 Tell us exactly what you do, as far of filmmaking, production, acting and etc?
Uncommon Dialogue Films, Inc. a corporation operates as a multi media entertainment development, event and production firm with special emphasis on total sponsor/product integration. We engage in screen/media writing, casting, editing, talent agency and production consultant services, development, preproduction, marketing, publicity, finance and distribution,  access and delivery to arresting ultimately redemptive film, documentaries, television, new media and their subsidiary revenue streams — music, videos, comic books, downloads and ancillary merchandising and publishing while weaving worthy product/sponsor presence and goals through the tapestry of the media. UDF and I also conceive and produce events and educational seminars and curriculum related to entertainment, politics and media.. In a very real sense one of its chief product/services is making available complete, prestigious Global Hollywood access via events and media to sponsors and economic partners.
Right now I am involved in the editing, shooting and post production of one film, the financing of several others, the polishing of others, the casting of others, teaching from Los Angeles and throughout America.via skype and personal appearance.  We have big things and small budget enterprises. We work within peoples’ budgets but we also always deliver the goods passionately and skilfully, be it acting, public speaking,  music video production, narration scripting – political and business internet TV and radio  – major theatrical distribution, studio business models, co hosting to co-financing, etc. Obviously I’m involved in business development and investor illumination and service. We make people money in the film and media business. UDF and I serve. Etc.
Tell us how you got into acting.
In 1978 in a break to write a novel and in an effort to save money, I split a house with up and coming Broadway luminary director John (Joaquim) Tillinger which introduced me to the world of stage, acting and directing. Working with Tillinger, I directed/assistant directed off and on Broadway, the West End of London, and in regional theatre, while creating ads for glamour fashion icons such as Givenchy and Maud Frizon. I continued to write articles for numerous magazines, played international rugby as a member of the New York All Metro Union, indulged a passion for motorcycles and wrote about both for mags, along with ballet, wine and fashion. Instead of a novel I wrote and directed a play concerning cocaine entitled “Zone of Bells, Room of Seesaws” starring Academy Award nominee/acting teacher icon Bill Hickey and myself which was produced as part of The East Village Arts Festival, resulting in my becoming the founding member of a theater company, Divine Theater. The acting roles blossomed from there. By then I had the body of an athlete back, forged with the mind of a writer.
When and why did you start acting?
It was pure evolution, from one thing to the next. Evolution which continues today.
What projects do you have coming up?
A variety of films in active production or post production as producer, director and actor including ”Active Shooter”, “Lady Pirates!”, “Naked Warriors”, “End of the Onslaught”, “Nine Heroes In The Rape Of Nanking”, “GolfBull” and “Quick”. I am currently writing a memoir/entertainment aspiring book etc. downloadable. I’m in negotiation to go to Brazil to teach and develop film, in negotiation to go to Nigeria to build a national studio and provide globally attractive projects. I just acted in 7 Faces of Jack The Ripper.
How many plays have you done so far?
Eight. But I have not been on stage in many years. Not since 1987. I had the privilege then of working in William Shakespeare’s “Antony and Cleopatra” at the Los Angeles Theater Center in the hands of Academy Award-winning director Tony Richardson and as I said all over New York and regional theater.
You played so many different character in movies, how do you mange that?
The key is auditioning or not, evolution of creativity, dedication to craft – frankly you would have to attend my seminars … it’s simply an all encompassing question from wardrobe to script analysis to moment by moment versatility and being open to the universe.
What was the most difficult character that you ever played?
The first Kazon on Star Trek … it’s a long story for another time. Read the memoir. lol
What advice would you give to beginners who are nervous?
Simply refocus the energy toward the things you have to do. A soldier in battle is frightened but they have trained to perform their role, their duty, and so they perform the tasks they have been trained to do and the fear becomes irrelevant. Acting is energy, simply hone your energy to the task at hand. I train my students in all sorts of techniques in order to do this.
Are you involved in any politic activities?
Yes everyday, with writing and hosting shows, red carpet dissemination of ideas, charity event attendance – by their  very cause they are political — I am involved in preservation of the 2nd amendment,  indeed the constitution of the United States which is a unique document in the world … I am involved with ecological preservation and global nutrition.  I participate fully in social media and entertainment  which are the engines of democracy. Increasingly,  I am involved in creating solutions to all our problems by writing concise policy statements in terms which solve the problem for all sides rather than simply a “compromise” which fails to solve anything.