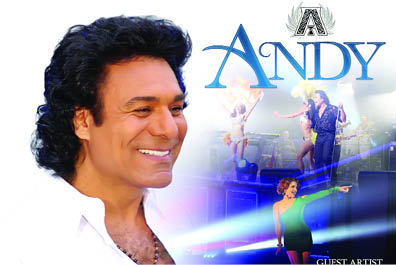 WE HEAR YOUR VOICE:
ANDY AND SHANI AND THEIR  PROJECT
OF PEACE, HOPE AND UNITY

With the help of International Superstars and  major  industry professionals , a new musical project with a message of peace, hope, and unity, is born.
Written and produced by Shani Rigsbee, through Cherokee Music Group and her partnership with Andy Madadian, the much anticipated project “We Hear Your Voice” will be released internationally  in September 2012 . Together, they have forged a powerful and unique musical alliance with some of the most popular artists and icons of the world to sing and share their mutual interest in connecting cultures.  As with the theme of the project, Shani was inspired to write the song as an expression of unity.
“We Hear Your Voice”  exudes solidarity with the great voices of the world giving “voice” to the people.   The goal is to highlight other nations’ great stars and idol, and to inspire their fans and followers to heal the divide between nations  thereby  transcending politics and borders  and finding common ground in humanity itself.
This is a one of a kind project where each artist and musician has recorded and filmed footage of their respective recording sessions and shared their feelings about this venture and what they hope it will bring.  A music video  and short film will be released internationally in September in support of the project which will also feature some of the artists performing together live for the first time at the Greek Theatre.   The song will also be released Internationally in digital download format through Cherokee’s strategic distribution partners.
All proceeds from the digital downloads of the song will be donated to an international charity to improve children’s welfare throughout the world.
The Artists:
Often called   “The Persian Elvis” in media circles, IRANIAN / ARMENIAN and AMERICAN Singer,  ANDY has released multiple albums that have sold in the millions throughout the world with countless Number 1 hits.  He has toured extensively around the world many times over playing some of the globe’s most prestigious venues, theatres and stadiums and has won numerous awards.    A humanitarian, he’s committed to sharing his music for many worthy causes for the betterment of all people.
AMERICAN International Singer / Songwriter, SHANI  and her music have been featured in highly acclaimed feature films such as the Academy Award Winning CRASH, and many other studio and  independent films and television.   Having an International fan base from her numerous musical releases, she has toured the globe extensively and played in some of the world’s most exclusive and high profile venues in concert and plays.  She has committed herself and work to many charitable organizations  around the world.
International singer and Peace Advocate, LIEL KOLET of  ISRAEL is a shining Star who’s  appeared with many of the World’s top Artists, and has performed   at the White House.  With her commitment to peace and hope for the future generations, she  has an upcoming PBS special which highlights her personal stories and her musical message  which she hopes will transcend all borders.
EHSAN AMAN of AFHGANISTAN is a highly acclaimed veteran of AFGHANISTAN’s “lost” golden age of music. He is sometimes referred to as “the Bob Dylan of Afghanistan”.  Despite residing in the United States for roughly three decades, Mr. Aman has remained extremely popular in his homeland and tours Internationally.
Classical Singer, SUNG BONG CHOI of KOREA surged to national success last year when his performance of “Nella Fantasia,” from “Korea’s Got Talent,” went viral on YouTube with 55 Million Hits ; orphaned at the age of 3 and raising himself on the streets, through music he found his place and the world found him.   Often labeled “the Korean Susan Boyle”, he will be  appearing on the mainstage at the upcoming Youtube Festival in Spain.
Ten  year-old piano virtuoso and composer,  JAHAN RAYMOND whom critics call “A born again Mozart” represents the future and power of music and hope for the new generation.
SONU NIGAM of INDIA is often referred to as India’s best playback singer (Bollywood Soundtracks) and as the “Golden Voice of IndiPop” but he has proved that he is a complete musician and an institution in himself with extra-ordinary talent.   Today he is a superstar, an icon to millions of music lovers across the globe. He is a legend at the age of 38 and becoming an International treasure.
IGOR NIKOLAEV of RUSSIA is a highly acclaimed singer, songwriter and somposer who has written over one hundred hits.  With multiple albums released, he’s won many prestigious awards and has written many songs for Russia’s top artists.  He recently married YULIYA PROSKURYAKOVA, also a famed Russian singer and together they have recorded and appeared numerous times as a musical power couple.
“We Hear Your Voice” will be performed live at the Greek Theater in Los Angeles Saturday, August 4, 2012. Tickets for this events are available through local vendors in Los Angeles (see AndyMusic.com) as well as
ticketmaster.com.