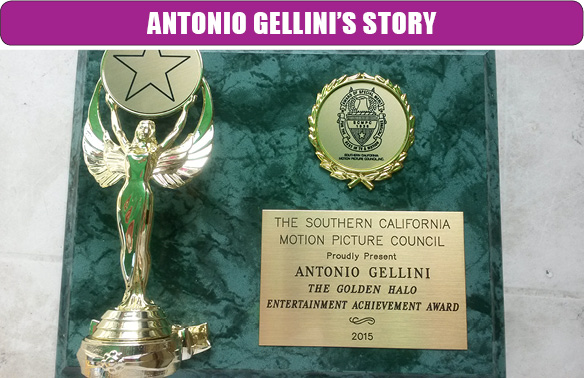 This story has never been told. In May 1994, Antonio Gellini met Jack Valenti, the President and CEO of the Motion Picture Association of America, at the Cannes Film Festival. During the 50th Anniversary, every director of every festival from around the world came to celebrate with the dignitaries from every country. More than 3000 journalists witnessed the arguments of the various directors with their President, Jack Valenti. The argument was: why are Hollywood movies dominating the festival?
The last day of the festival, Antonio met Jack Valenti with the idea of doing a World Film Awards. This would be part of the 7 Arts of the Olympia Awards. Jack was so impressed by the idea that he invited Antonio to meet 56 directors of film festivals from around the world along with 3000 reporters. Jack said he never had the idea that Antonio had. This is the Ultimate Film Award, he said: choosing the best directors, stars, writers and actors from every category from ALL the festivals. This is the Best of the Best of everyone in the world. This will end all the arguments and appeal to the media and all the directors of every film festival around the world.
Later, Mr. Valenti introduced Antonio to Dick Clark, who immediately understood Antonio’s goal and introduced him to his associate, Gene Weed, Country Music Awards Founder and Golden Globe Award Producer and Director. Mr. Weed, began work with Antonio. Together, they signed with TedTurner at CNN and TNT.
At the Venice Film Festival, they announced the new Awards on Nov. 21st, 1995. And, for the first time, Antonio was invited by Ted Turner, Jane Fonda, Steven Spielberg, George Lucas and Sophia Loren to join the Academy of Motion Pictures Arts and Sciences. 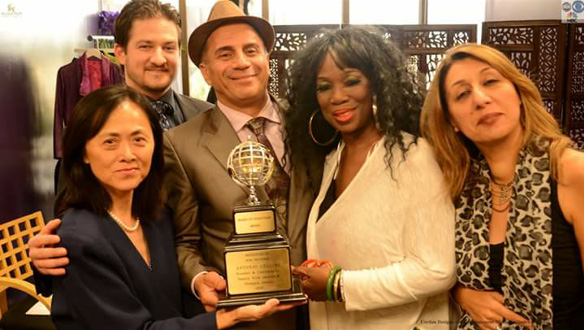 That night there was confusion that the World Film Awards would interfere with the Oscars. Because of it, the studios joined together and gave 700 million dollars to Ted Turner to give up CNN and TNT and to become Chairman of Time-Warner.
Antonio had a contract with Ted Turner and Dick Clark. He had the option to sue but chose not to.
Then, Antonio saw the headlines of the LA Times, where President Clinton was critical of all the violence in movies and media. Antonio then called Jack Valenti about this with still another idea: every studio and network must make 3 movies a year that are family oriented. At the Century Plaza Hotel, Mr. Valenti and Dick Clark began a fund-raiser to initiate Mr. Gellini’s idea. They introduced him to President Clinton, who totally supported Antonio’s idea and put it into effect.
Now, Antonio came up with still another idea: a competition between all the family-oriented movies. He called it, the Family Film Awards. On August 22, 1996, CBS introduced LIVE from LA and NY, «THE FAMILY FILM AWARDS,» with Bob Hope, Sandra Bullock, Ron Howard, Tom Hanks and astar-studded cast.
The Special was a huge success. Because of it Antonio received a five-year contract and a five-year option with CBS. But in 1997, Dick Clark had a debilitating stroke. Every major star from Eddie Murphy,Robin Williams and Billy Crystal offered to replace Dick Clark…but Antonio said he needed a year to think about it.

“God sometimes challenges us in way we don’t yet understand!” he said.
In 2012, Dick Clark died. Again, Antonio waited one year, out of respect to his culture. Confused, Antonio had no idea of how to replace Dick Clark and continue
his mission. Then, one miracle day in April 24th, 2012, Antonio met his soul-brother, Allan Jay Friedman, Award Winning Producer-Writer and Composer, with a background in Law, Business and Public Health, who had created over 30 family-oriented movies, musicals and product lines. Impressed by Allan’s 40 years of creative work, Antonio made Allan partner and President and CEO of the Family Film Awards.
After 29 years, Antonio then received a call to receive a major award at the United Nations for still another award he had created: the Olympia Award, the Olympiad ofthe 7 Arts of the World (music, art, literature, dance, sculpting, film and theater).
Mr. Gellini then invited Mr. Friedman to be his Partner, President and CEO of the Olympia Awardsas well and requested that he give a speech introducing his and Mr. Friedman’s combined 80 yearsof work, which he and Mr. Friedman call, the «Dream of Camelot.»
This historic event, in which Mr. Friedman spoke,will encapsulate both Antonio’s and Allan’sdream for the world: to transform it from being mind-driven to being heart-driven and to make it a free, safe and noble place for children.
To be continued…… 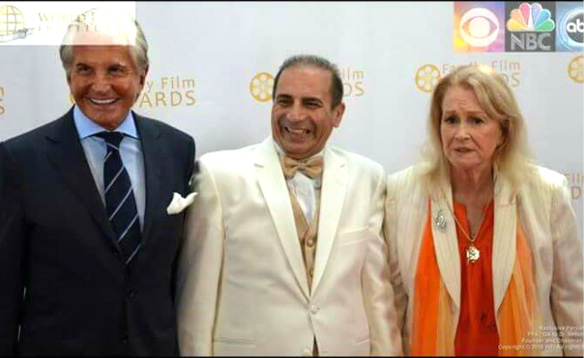 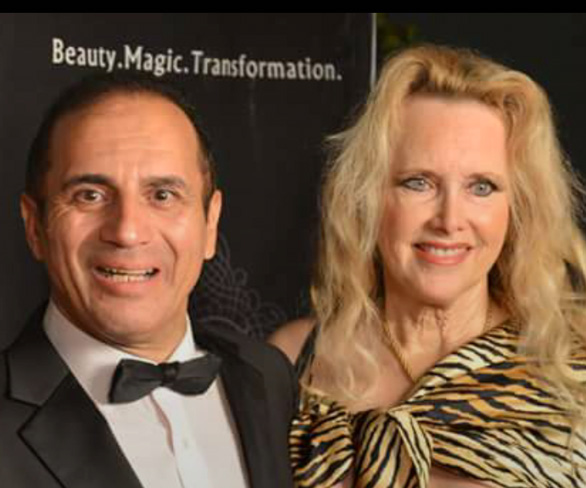