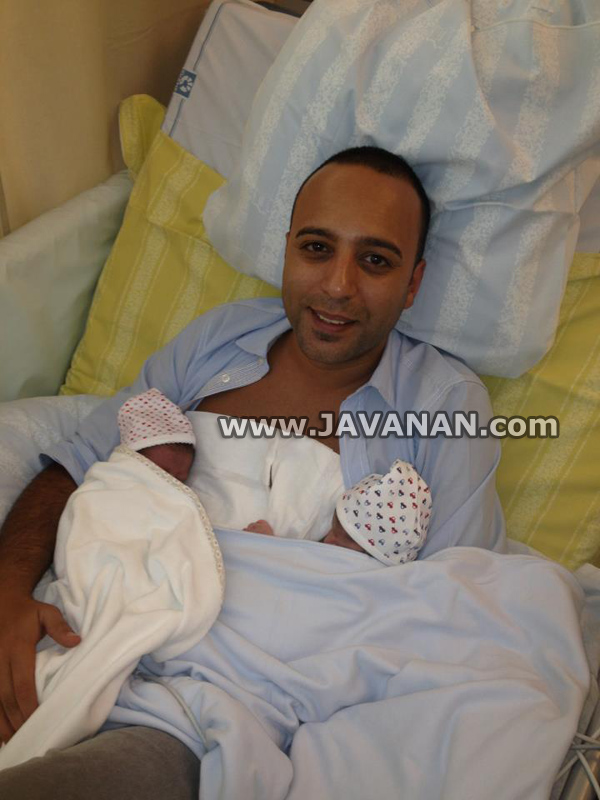 Pop entertainer Arash got an early birthday present late Sunday night as his wife of just more than one year, Behnaz, gave birth to fraternal twins Darian and Donya at Malmo University Hospital in Malmo, Sweden.

A couple of hours later when the clock struck midnight, Arash celebrated his 35th birthday.

Darian and Donya were born more than three weeks early, as Behnaz was expecting to go into labor in mid-May. Arash, who was recently performed with R&B star Ne-Yo at a private event in New York, told Javanan.com earlier this month that when he and Behnaz received the news that they were having twins at a December ultrasound appointment, they were exhilarated.

“During our wedding, the videographer came around and asked what one of our dreams was,” Arash recalled. “I looked into the camera and said that Behnaz and I wished that we would have twins soon, a boy and a girl. It’s unbelievable.” Shortly after their January babymoon to the exotic island nation of Maldives – off the coast of India – the excited couple decorated their kids’ rooms at their home in Sweden, complete with cribs, clothes and mini-chairs shaped like cars.

Congratulations to Arash and Behnaz from all of us at Javanan. We wish Behnaz a speedy recovery and discharge, and Darian and Donya health and love.