AN FRANCISCO
Dance and Diaspora

Shahrzad Khorsandi and Farima Berenji, both Bay Area performers of Iranian descent, are on a special mission to preserve the spiritual heritage of Persian dance.

This weekend, both appear at ODC Theater in the latest installment of its “Dance and Diaspora” series. They are accompanied by musicians Saman Mahmoudi on santoor and Samandar Dehghani on percussion.
Where’s the story?
ODC Theater, 3153 17th St., S.F., 8 p.m. Saturday-Sunday. (415) 863-9834, www.odcdance.org

LOS ANGELES
From Persian to
Tehr Angeles, a New Guide

More than 1.5 million Persians have left Iran for the United States alone. Of course, an estimated 700,000 to 800,000 have relocated in the Los Angeles metropolitan area, causing this population to be dubbed “Tehr Angeles.” And this term has stuck, even when they live in other parts of the United States.
For those who have made the journey from Persia to Tehr Angeles, much has gotten lost in translation. The younger generation may have little or no idea of the cultural wealth that was left behind—including traditions and customs, religion and the arts, and of course food. The challenges of adapting to a new life in the United States or other part of the world often modernized away the rich heritage that is still, internally, a living reality for their parents, creating a painful and unnecessary culture gap.

From Persia to Tehr Angeles by Kamran Sharareh is a guide both for Persians who may not know their roots and for non-Persians who are in a relationship with someone of Persian descent. Through the easy-to-follow education in this book, readers can realize the roots of some of their relationship issues and discover how to resolve them.

As smells of spice and music from ancient Chinese instruments fill the air, visitors explore bazaars filled with gems and crafts; a silk-making workshop with live silkworms; ancient scrolls filled with the secrets of technology and religion beliefs; the inside of a long-ago cargo ship; and astronomy tools that helped mariners navigate the seas.
Through April 13, 2014. Natural History Museum of Los Angeles County, 900 Exposition Blvd.m Los Angeles, CA 90007, Phone: (213) 763-DINO. Open seven days a week, 9:30 am – 5 pm. 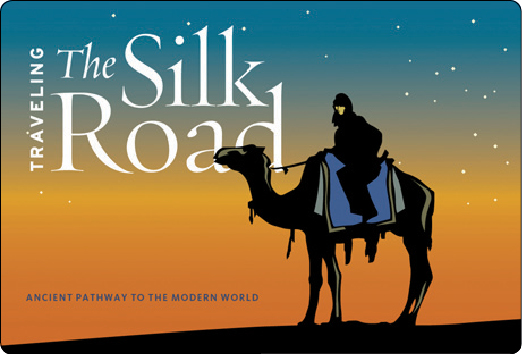