Pro Art Gallery, the gallery that celebrates innovative and cutting edge art in the Middle East, will host a new exhibition titled “Spirituality in Motion”, which will showcase artworks by renowned contemporary Iranian artist Hossein Irandoust.
The exhibition will run from March.12-20 at the Pro Art Gallery, located at the Palm Strip Shopping Mall in Jumeriah 1 on Jumeirah Beach Road, Dubai.
The “Spirituality in Motion” exhibition is the second edition of the successful show that was held in 2013, which explored the essence of the mystical dimension of Islam and Sufism practice that is depicted in Hossein Irandoust’s paintings.
WASHINGTON, DC
Smithsonian Celebrates Persian New Year
The Freer Gallery of Art and the Arthur M. Sackler Gallery will present its sixth annual “Nowruz: A Persian New Year Celebration” free family festival Saturday, March 8, from 11 a.m. to 7:30 p.m. Throughout the day, visitors of all ages can dance, play and feast to mark the Persian year of 1393 at a celebration encompassing both museums and including live music, film, art making, hands-on workshops and traditional cuisine. 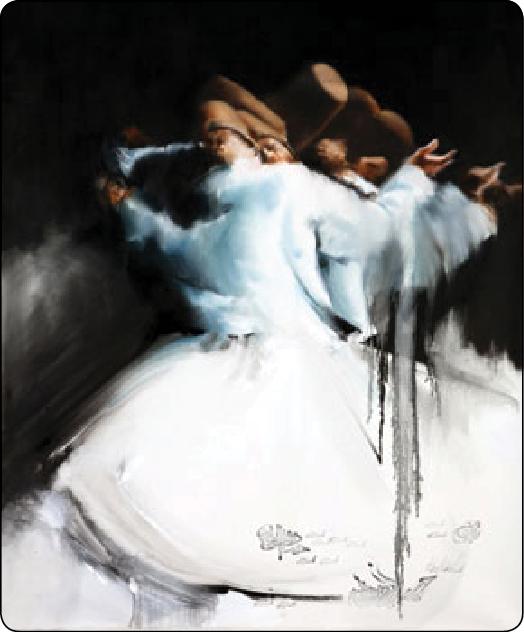 Visitors will be able to hear storyteller Xanthe Gresham weave tales from Persian folklore, discover the meaning of colorful “Haft Sin” displays, watch a master calligrapher at work and dress up in costume to take photos in front of the ancient Persian capital Persepolis. Other activities include “fire jumping” for good luck in the new year, an artwork scavenger hunt, face painting and hands-on art workshops. Traditional dancers will perform throughout the day, and docents will highlight important masterpieces in the galleries.
The festival will culminate in an evening concert of the music of Iranian American composer Reza Vali, performed by the Carpe Diem Quartet and guest artist Dariush Saghifi. Persian cuisine will be available for purchase.
The event regularly draws crowds of 10,000 visitors, and is made possible by a grant from Jahangir and Eleanor Amuzegar.
The Arthur M. Sackler Gallery, located at 1050 Independence Avenue S.W., and the adjacent Freer Gallery of Art, located at 12th Street and Independence Avenue S.W., are on the National Mall in Washington, D.C.

During its golden age (AD 600 to 1200), the Silk Road opened up the world to new ideas and products. It stretched 4,600 miles through scorching desert sands and freezing snowy mountain passes, from eastern China through Central Asia to the Middle East. But along the way, travelers stopped in cities that, at the time, were the most tolerant and advanced places on Earth. Now those cities come alive in the exhibit Traveling the Silk Road: Ancient Pathway to the Modern World.
As smells of spice and music from ancient Chinese instruments fill the air, visitors explore bazaars filled with gems and crafts; a silk-making workshop with live silkworms; ancient scrolls filled with the secrets of technology and religion beliefs; the inside of a long-ago cargo ship; and astronomy tools that helped mariners navigate the seas.
Through April 13, 2014. Natural History Museum of Los Angeles County 900 Exposition Blvd.Los Angeles, CA 90007 Phone: (213) 763-DINO. Open seven days a week, 9:30 am – 5 pm. 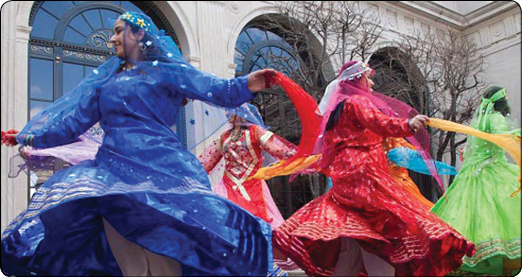