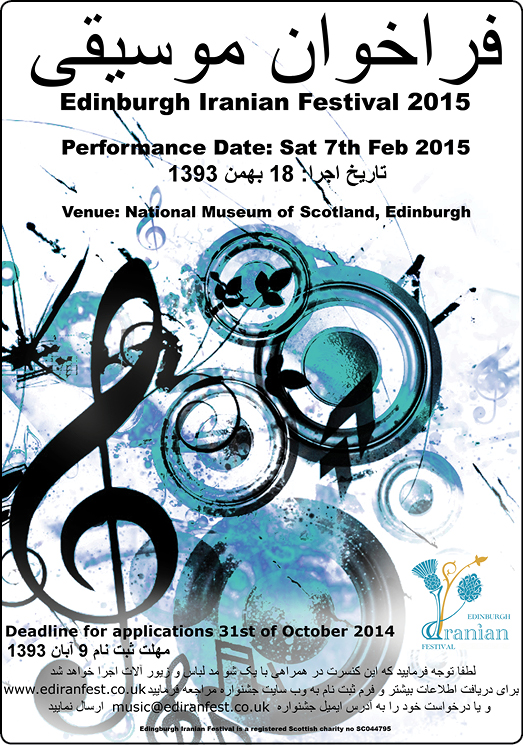 Edinburgh Iranian Festival, through an open selection, will identify an Iranian or non-Iranian music group to perform at the Music Concert due to be held on February 7 2015 at the Grand Gallery of the National Museum of Scotland. The festival aims to organize a colorful night and unique opportunity for young and/or experienced musicians to perform in the cultural capital of Scotland, Edinburgh. This concert will accompany a fashion show, in which 7 fashion designers will showcase their work, all inspired by Iran, through a catwalk.
The call for musicians is now open. For more information, please see http://www.ediranfest.co.uk/ where you can download the Registration Form and the Guidelines. Good luck! 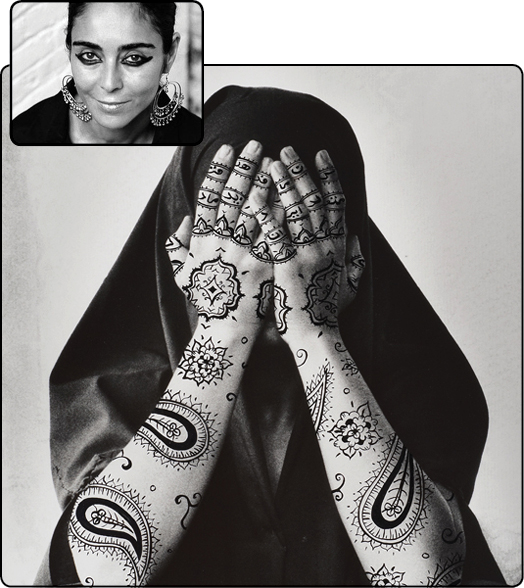 The work of Shirin Neshat explores the relationship between ancient history and the politics of the present narrated through a strong visual language referencing the primal concepts of violence, passion and love in universal history. The artist proposes a different perspective on this collective history, using images that reflect the paradox of beauty and violence.
November 9, 2014 @ 8:00 am – February 15, 2015 @ 5:00 pm 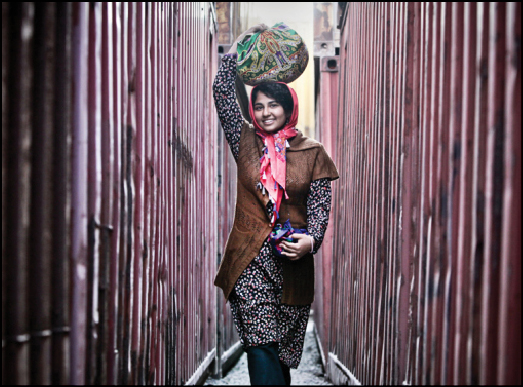 Though the film is an Iran-Afghanistan co-production, it has not secured an Iranian release date until after Sept. 30, the last date for Oscar eligibility. Mahmoudi decided to release in Afghanistan before that date, thereby qualifying the film from that country. The film is set in a shantytown on the outskirts of Teheran where a factory illegally employs Afghan asylum seekers. A love story plays out between a young Iranian worker and the daughter of an Afghan worker. (source: Variety)

The 87th Annual Academy Awards is scheduled for February 22, 2015 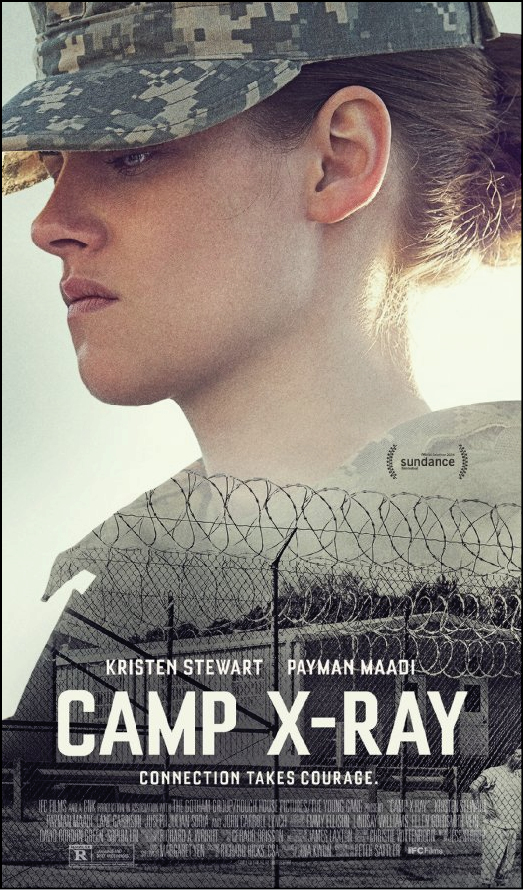 Set in the Guantanamo Bay military prison in Cuba, actor Payman Maadi plays prisoner “Ali” alongside actress Kristen Stewart (best known for her role as Bella in the Twilight series) in the drama Camp X-Ray. Written and directed by first-time director Peter Sattler, the film also stars John Carrol Lynch, Lane Garrison, and Joseph Juliana Soria.
The film premiered on January 17 of this year at the Sundance Film Festival in the United States and will be released on October 17 2014 by IFC films. The film will be screened at different film festivals in France, England, and Abu Dabi.