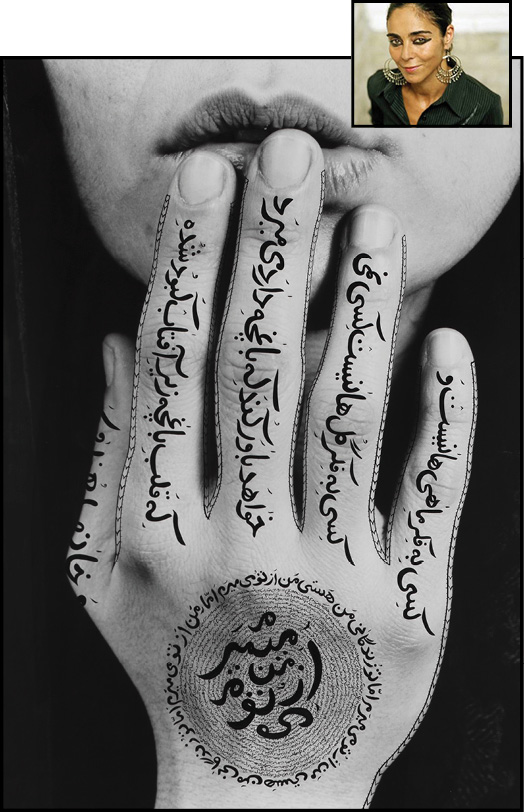 Commenting on freedom and loss, Neshat’s deeply humanistic art is at once personal, political, and allegorical.
(press release from

“Facing History” runs through September 20, 2015. At Hirshhorn Museum at the Smithsonian located at Independence Avenue at Seventh Street SW 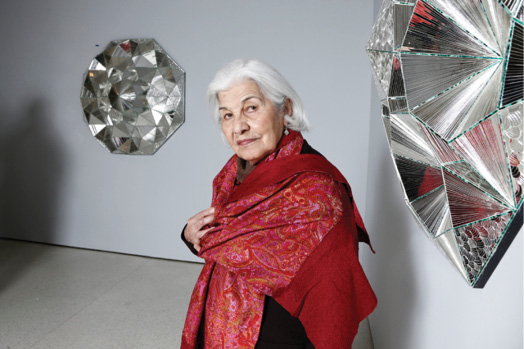 In the early 1950s, Monir would dream about one day showing her artwork the Solomon R. Guggenheim Museum. Now 92, she a renowned Iranian visual artist known for her geometric style and mirror sculptures. Last week, she became the first Iranian artist to have her work featured in a solo exhibition at the Guggenheim. 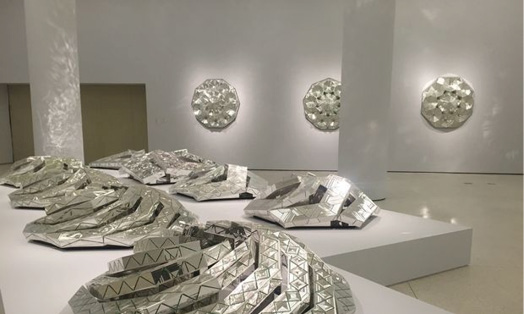