[THEATER]
MAHMOUD: The One Woman Smash-Hit

Returning to Los Angeles for a 3 week extended 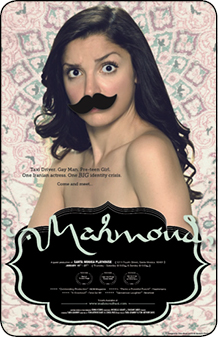 run, January 10 to 27, 2013, MAHMOUD is a one-woman show about an aging Iranian engineer-cum-taxi driver, a fabulously gay Spaniard, and a young Iranian-Canadian girl, all trying to get by the day-to-day grind in a big metropolitan city. Iranian born playwright/performer TARA GRAMMY invites us to watch as these characters’ stories intertwine over the course of an hour, exploring themes of displacement, immigration, home, and culture. MAHMOUD takes an exacting look at racism against Middle Eastern immigrants, homophobia within immigrant communities, and media-created stigmas surrounding Iranian (and Middle Eastern) culture.
MAHMOUD plays Thursdays, Fridays and Saturdays at 8pm, Sundays at 6pm, January 10 through January 27, 2013 at the Santa Monica Playhouse. Admission is $30. For tickets and show information, please visit www.mahmoutaxi.tix.com or call 800-504-4849.
[EXHIBIT]
Cyrus Cylinder at
Museum of Fine Arts
The Cyrus Cylinder is a 2600-year old object of modern 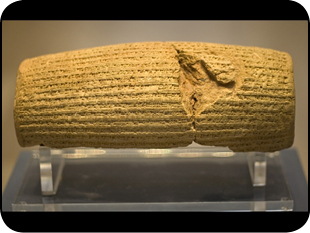 importance, and a symbol of multi-culturalism, tolerance, diversity, and human rights. The Cylinder will visit the US for the first time in 2013 through a national tour officially sponsored by IHF America. It will be on exhibit in five major museums across the country, giving many a once-in-a-lifetime opportunity to see the iconic artifact.
From The British Museum, the cylinder is inscribed in cuneiform on orders from Persian emperor Cyrus the Great following his defeat of Babylon in 539 BCE. The ancient clay charter introduces the new king as a reformer bringing peace throughout Mesopotamia (modern day Iraq). The document extols Cyrus’ efforts to rebuild temples destroyed by his Babylonian predecessors and to repatriate those displaced and captured by the old regime. 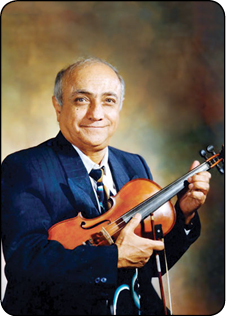 violinist, was laid to rest on Sunday January 20 in the Artists section of Tehran’s Beheshte Zahra.
ISNA reports that icons of Iranian music such as Mohammadreza Shajarian attended the funeral procession.

During his career, Khorram composed many songs for notable singers including Hossein Ghavami (Fakhteh), Marzieh, Hayedeh, Shajarian and made over a hundreds of instrumental pieces for violin and orchestra, charmezrabs, overtures in collaboration with outstanding contemporary artists including Javad Maroufi, Jalil Shahnaz, and Farhang Sharif. In recent years he has worked with the young talented singers likeMohammad Esfahani, Alireza Ghorbani. He also brought the famous persian singer Moein onto the stage.avi’s reed music in song in front of Vahdat Hall. Musicians from Khorram’s birthplace, Bushehr in southern Iran, also accompanied the procession with their local instruments. 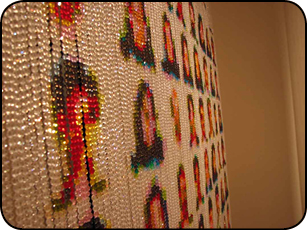 of the artist as witness and archivist in her new show, “Resistance,” which draws on the history of resistance in Iran, focusing on decades of activism and revolutionary actions following the 1953 coup d’etat.
Hemami’s collection of found and collected material reflects the sensibility of the student activists of that era, “who were very much influenced by the freedom movements across the globe,” she says. Hemami, who has been involved with collective and community projects for more than 20 years, says she is motivated “by a personal need to make sense of my own history and that of my community – the layered historical circumstances that have led to our migration to the U.S.”
The goal of Hemami’s project isn’t only to display a historical record, she says, “but to create connections to the present movements of dissent, looking at past strategies, successes and failures of the past to learn and move forward.”
“Social media has played a significant role in bringing voices of dissent from the otherwise inaccessible layers of society in Iran. … It makes visible the vast network of connections that became vital tools for communication.”
Reception 6-8 p.m. Friday. Through Feb. 16. Noon-5 p.m. Wednesday-Saturday, and by appointment. The Luggage Store Gallery, 1007 Market St., S.F. (415) 255-5971. www.luggagestoregallery.org.
Previous Post: ← فرح شکوهی-نقد فیلم
Next Post: دکتر رابرت بامبان-جهان در جوانان →