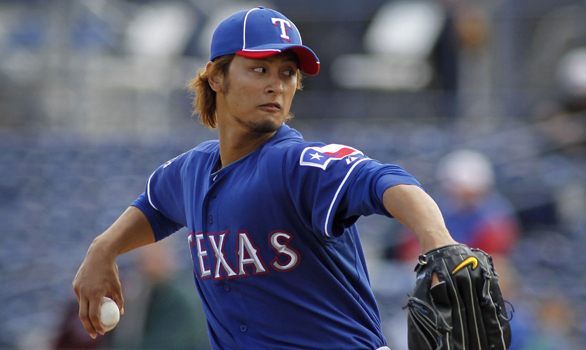 Darvish, a right-hander, has posted a 10-5 record for the Rangers since the season started in April. He jumped out to a 6-1 record in his first eight starts.

“I feel very good.” Darvish told the Associated Press Thursday through an interpreter. “I know the way that I got selected was a vote by the fans, so I appreciate all the fans who voted for me. I’m looking forward to it.”

A five-time Japanese league All-Star, Darvish notched a 93-38 record in seven seasons in Japan. Darvish was highly coveted by numerous MLB franchises before signing a six-year contract worth $56 million with Texas in the offseason. The Rangers also paid nearly $52 million in a posting fee to Darvish’s old team, the Nippon Ham-Fighters, for exclusive rights to negotiate with the pitcher.

Darvish was born in Osaka, Japan, to an Iranian father, Farsad Darvish, and a Japanese mother, Ikuyo, who met at a Florida college where Farsad played soccer.