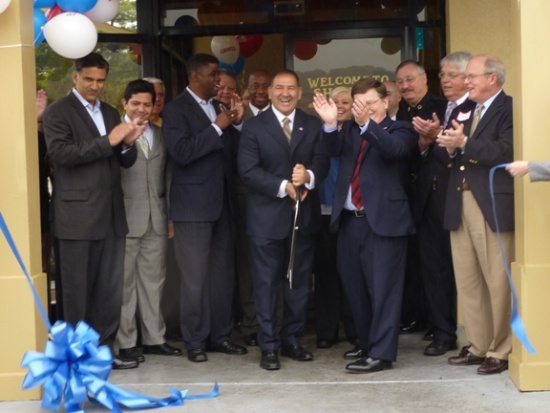 When legendary NFL veteran Peyton Manning became a free agent in early March, more than a dozen teams were clamoring to sign the former University of Tennessee star quarterback to a contract, including the Tennessee Titan. The future Hall-of-Famer eventually signed with the Denver Broncos earlier this month.

And it was only inevitable that an Iranian entrepreneur would figure out a way to capitalize on the opportunity to use the recruitment of the 36-year-old Manning to promote his own business.

David Davoudpour, CEO of Shoney’s – a popular restaurant chain headquartered in Nashville, Tennessee that boasts 230-plus locations in the Southeast, Midwest and Mid-Atlantic states – bought a full-page ad in the Friday, March 16 edition of the Tennessee Tennessean newspaper to offer Manning a free stack of pancakes every day through his career if he signed with the Titans.

“The offer is legit,” Shoney’s director of marketing Damon Davoudpour told The Tennesseean. “It’s a fun way to show our interest in getting Peyton Manning here and a fun way to get people of Nashville and the state of Tennessee excited about the possibility. This is huge. There is Peyton mania all over the place.’” Manning might have 1st-hand knowledge of Shoney’s pancakes since his old college stomping grounds in Knoxville, TX is proliferated with more than 20 Shoney’s locations.

David Davoudpour, an Atlanta resident, has a history of spearheading creative and sometimes over-the-edge advertisements. His likeness is plastered all over Shoney’s web site, including the presence of a statement and clips of the company’s television ads, which frequently feature the CEO.

Besides Davoudpour’s aforementioned brother, the Shoney’s website lists another Iranian-American, Kamran Habeeb, as being associated with the company, serving in the capacity of President and COO for Shoney’s and Church’s Chicken. Davoudpour’s Royal Capitol Corporation purchased the 283-unit Church’s chain in last January.

Check out this clip of David Davoudpour in a commercial for Shoney’s.