Ever since the Iranian Revolution over 40 years ago, you can count the number of successful Iranian female singers on almost just two hands. While there is no shortage of male singers, both inside and outside of Iran, you almost never see a new woman artist enter the stage. Over the last five years there has probably been only two, Sogand and Sahar, who have made an impact on Iranian music. But last year there’s been a rise of new, young female artists who have taken on the challenge in breaking through in the Iranian market. And none have been more successful than Donya.
At the age of fifteen, Donya Dadrasan moved to Australia after leaving her home in Iran. Away from her native country and not living at a large Iranian population city such as L.A. or Toronto, her only outlet was social media. This is when Donya began to post dubsmash videos of herself singing other people’s songs, not just in Persian but also showing off her voice singing in English. Her videos were always at the same place, in her bedroom performing with the only musical equipment she could buy, a microphone. It took a while, but her Instagram page started to get attention and gain fans.
But still, Donya’s main goal was to sing her own original songs. This is when Donya started to connect and collaborate with other songwriters in the Iranian industry. She released a few singles to test out the feedback, knowing her songs can easily get lost in the crowded music scene. Donya’s first break came just over a year ago with her first hit song “Az In Shahr Boro”, an emotional love song, the type that most Iranians, especially the ones back home in Iran, are just dying to hear. 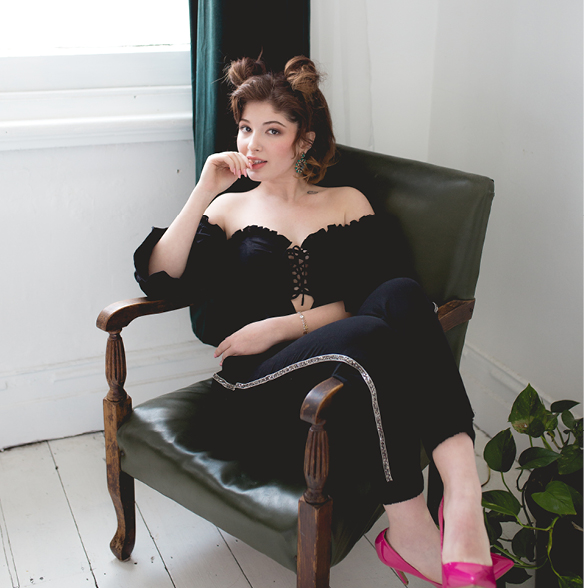 This proved to Donya, that even as a 20-year old young girl, she has a chance to make a name for herself. This started a whirlwind process of recording new songs and filming music videos. She ended up releasing her debut album called “Donya” in late December 2018, which produced her biggest hit yet, the song “Koo Ta Biad”, which has over 18 million plays on Radio Javan. This time the song was a dance track that turned into a music video. With her youthful spirit and with practice from always acting in front of the camera on her own, it was easy for this music video to capture the hearts of many new fans.
While Donya is just getting started in her career, it’s not without criticism. As in every performance industry, Donya has to face the reaction and feedback of the audience, many who will never accept her. This is especially true amongst Iranians where young women have to work much harder to be successful. But even still, the fact that artists such as Donya have seen that there is a chance, it should lead to a future where we will see even more women in Iranian music.