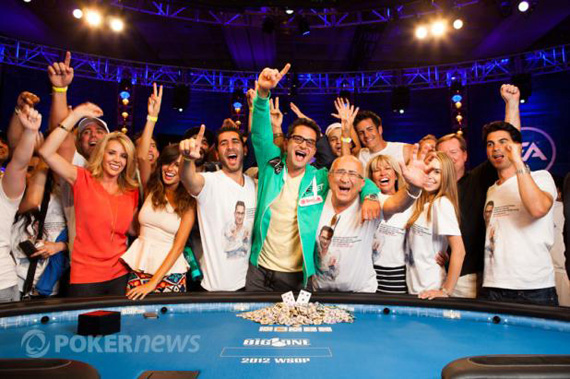 Iranian-born professional poker player Antonio “Magician” Esfandiari made history Tuesday night, netting $18,346,763 – the richest prize in the history of the sport – en route to winning the 1st Big One for One Drop Texas Hold’em event at the Rio All Suite Hotel in Las Vegas.

“I just knew I was going to win,” Esfandiari told ESPN in a televised interview. “I just had to put it out there and believe it, and sometimes it comes true.”

The 33-year-old northern California resident outlasted runner-up Sam Tricket of the United Kingdom and 47 other players in the $1 million buy-in tournament. Big One for One Drop, the brainchild of Cirque du Soleil founder Guy Laliberte, started Monday and served as a precursor to the annual World Series of Poker Championships Main Event.

Born Amir Esfandiari, the exuberant competitor moved to San Jose from Iran with his family when he was 9 years old. He changed his name at 19 as an ode to the Mexican American community he grew up in, and shortly later began a short stint as a professional magician. He notched his biggest payday in 2004 at the World Poker Tour’s L.A. Poker Classic, raking in nearly $1.4 million. As of 2004, his total live tournament winnings amassed $4.5 million.

The Big One for One Drop raised more than $5.3 million for international water advocacy charity One Drop, which was spearheaded by Laliberte, who finished 5th.