It is estimated that there are
210 to 300 million orphans worldwide. 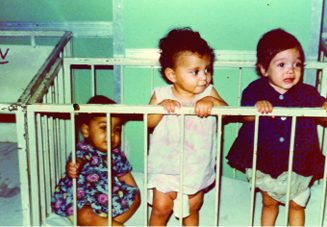 It is estimated that there are
210 to 300 million orphans worldwide.

Every day there are 15,000 orphans that turn 18 and are forced out of the orphanage system. They are left on their own.
The statistics, to how many of these 18-year-old orphans who take their own lives is heartbreaking. Tasha Nicole-Tehrani became an orphan after being abandoned by her birth mother as a new born, and she has a mission to reach out to orphan children around the world so they don’t just become statistics. As a United Nations Ambassador for Peace, five-time Guinness World Record holder in soccer, and founder of the non-profit called Every Child’s Dream Foundation, she uses her soccer talents to make a difference- motivating young orphans to believe in themselves and nurture their talents- one orphanage at a time. “That picture speaks a thousand words.  I’ve done interviews before where people have asked me for this picture of me in the orphanage and I’ve never been able to let go of it for myself, because there is still a little embarrassment. I’m the baby on the far right and I used to chew on a rusted metal crib. I was not a happy baby and there are not a lot of photos of me being happy; definitely not in the orphanage.”
In 1974, Tasha was abandoned as a baby in an alley in Iran without an explanation. During the past 10 years, she has read through journals she kept from age 10 and had to contact an estranged adoptive parent, to write a book, a memoir, which helped her understand what she went through. “I interviewed my adoptive mother in my 20s at some point before I chose to completely break off the relationship with her. I remember telling her that it’s not healthy for her and I to be in each other’s life anymore and she clearly doesn’t love me. Everyone knew that- including her family. I didn’t want to hurt her anymore just by being around and I certainly couldn’t allow her to continue hurting me.”
In her adopted family, her adoptive mother would remind Tasha daily that she was indeed adopted- referring to her as Little Orphan Annie.  In addition, she would not allow Tasha’s adoptive father, to speak Farsi to his family in the house. “She didn’t like the country I was from and could barely tolerate the Iranian language. It was extremely difficult for me when I realized she can’t stand my culture. She would say ‘you’re really not part of our family.’ There’s really just no way to get over that.”
Channeling her energy through sports and remembered by her friends as being a happy child, while living in a verbally abusive home, she earned close to 40 trophies by age 12.  But one traumatic day, her adoptive mother broke all of her trophies in the driveway of their Westlake, California home, right in front of Tasha. She would never forget the incident and it indirectly pushed her to achieve one of her most important goals. “I realized very recently and made the connection as to why I subconsciously chose to attain World Records and a place in soccer history,” as she speaks about an insightful conversation she had with her husband Amir’s mother.”She was asking me about the soccer training that I do now. Why would I stop modeling and the next day try to break world records in soccer? Amir’s mother was suggesting that I had to achieve the ultimate trophy and that comes from my adoptive mother and from that traumatic night. It’s a trophy nobody can ever take and nobody can break.”  [You can find Tasha-Nicole’s soccer records under the great Pele’ in the Guinness Books.  When we spoke to Tasha in 2003, she had just broken the Guinness World Records record for juggling, and since then she has she trained many thousands of kids all over the world and established her own soccer training company, www.soccerwiz.com]
Through most of her life, Tasha’s friends have been her family. Family dinners for Tasha now include her husband’s family, including his grandmother whom enjoys showing her childhood photos of him, which is difficult to face as someone who’s estranged from all biological family.  When Tasha talks about her childhood, many Iranians can sometimes have a hard time accepting the reality of her life. “They’re Iranian, too, and I think it’s hard for some of them to accept that an Iranian woman ditched her baby in the alley,” although it can be frustrating not to be heard at times when talking about her life with them, she is sympathetic to why.
“I think people want to believe that their people are better and so good that they wouldn’t do that. But the fact is there were 500 babies in there,” she points to the photo of the orphanage, “so obviously people were doing it at that time.”
In her book, Tasha talks about some very crucial issues that orphans and adoptive kids face, such as wondering where their real parents are. “My parents left me and I don’t know the story, I don’t know if they’re dead or alive” Tasha reveals that she would try to imagine why she was left behind, maybe her mother was not able to keep her because she was too young to have a child. “I have had dreams about my mother and if you’ve never seen someone this is a weird thing. When I think about my mother, my only image of her is myself, just older. So when I dream about her and I see her and try to follow her, it’s like chasing myself.”
Tasha believes that her book will help other older orphans like herself who are going through similar things; orphans who are not really that close to their adoptive families and feel they’re all alone in the world. It might also help them deal with their feelings of overwhelming guilt, a very common thing in adoptive children, she explains, who feel they should only be grateful when brought into a new family. She also talks about suicidal thoughts that affect the majority of young and older orphans.
“If every orphan were old enough to read my memoir, I believe they wouldn’t want to kill themselves, like I did.” Tasha admits that when she was eight years old, she tried to swallow rocks and in her 20’s she raced around on a Ducati motorcycle for 12 years. When friends would warn her of her reckless behavior, she said she didn’t care, while feeling it was really that nobody would care. She crashed her motorcycle three times- two of those times she almost lost her life.
“The reason why I mention the inevitable suicidal thoughts that come for many orphans and also why I mention it in my book is because it’s just a fact that’s how bad it got for me. It’s like a drug addict: you will either hit rock bottom, or you can save yourself. Nobody else can do it for you.” In not having a connection with her adoptive family, and everything she went through, Tasha realizes how important it is to focus on positive things- especially when she visits orphanages through her non-profit “Every Child’s Dream Foundation” (ECD) or through the United Nations.
“I like to talk to kids about what their talents are. I don’t talk about anything emotional. A lot of the time they know that I’m there because of something I’ve done with soccer, so we play soccer and that’s how we communicate. And I say I was also an orphan baby.” Her words to the kids in the far off countries are mostly translated by the orphanages’ head mistresses.  She tells them they must focus on themselves and not look back, in order to find happiness. She also prays with them that they get into a good family. She wants to inspire them and help them realize how important these things are before they have to leave the orphanages.
“A lot of them do not get adopted, age out of the system at age 18 and then they are on their own. There’s nobody there to motivate them. They’re emotionally doomed unless they have a talent to focus on. Mine was soccer.”
Most of her time these days is spent on the non-profit she established, Every Child’s Dream Foundation, or ECD, which she makes sure to find ways to contribute to and expand, especially through the bigger soccer opportunities. Her most recent trip for soccer was to Trinidad a few months ago, where she was sent to do a special soccer ball control show for the President of FIFA, Vice President of FIFA and Prime Minister of Trinidad. She agreed to the trip under one condition.
“I told them that I will come there to do the soccer event as long as they find orphanages for ECD so I can bring our special care packages to in Trinidad, Columbia and Suriname.” The company who sent her agreed and she brought 50 care packages with her to deliver to the orphanages and representatives after the soccer event was finished. Tasha described the experience, “I felt strong and I was able to send a message of courage and confidence to the orphan children who were waiting for me to arrive with care packages. It’s my job to show them that I didn’t lose those qualities (strength and courage) as an orphan in this world, I gained those qualities as an orphan in this world.”
Her non-profit, ECD, came about at the age of 10, when she wanted to create a foundation to help orphans.  “I knew that this would ultimately be my work, my passion and my way to channel my pain into something that can help others,” she says with conviction. Her long-term goal with ECD is creating awareness regarding baby abandonment and the growing number of orphans in the world.
The care packages she designed include a teddy bear and a blanket that are hand knit by grandmothers in Every Child’s Dream Senior Center Knitting Program, in which she gives seniors a way to give back and feel useful and important to the world.  In another design, there’s a teddy bear that’s attached to this blanket, so the teddy bear doesn’t get lost. The purpose of the teddy bear is that the kids have something to bond with.  Something Tasha says she lacked in the orphanage she came from.  “Our care packages provide elements that have proven life changing effects on babies and children.  Giving them warmth, security, comfort, better sleep, friendship, bonding and love during their vulnerable time in an orphanage.”
Currently, Tasha trains private clients 2 days a week and spends the rest of her time working on ECD.  When she tells her local clients that she can’t train them because she’s going somewhere like Rwanda to teach kids soccer, they’re amazed and they like to ask how she talks to the kids over there. She says, “I talk to them through soccer. They know I don’t think of myself as above them, as so many people do. And they know I appreciate every second of my life.”
When she delivers the care packages to orphanages, she wants the kids to have a positive memory of her visit and to know that they have something to look forward to. “I want them to have the memory of a nice lady who came there with gifts and lives a happy life. I want them to see that an orphan can accomplish things in their life, be kind and ultimately end up very happy.”
Because of the money raised at the ECD Gala Event in November 2010, Tasha can now send several thousands of care packages to over 50 countries in 2011, including Iran.

*Statistics from ecdnonprofit.org and the 2010 UNICEF report 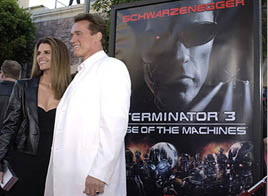