Below is a transcript from a Javanan Radio exclusive “Gap with Mehdi Zokaei”:

Dr. Mehdi Zokaei:
Hello Javanan Radio audience, we are honored to have our dear guests, the American celebrity, Mr. Allan Jay Friedman, Mr. Behrouz Jalili, Dr. Farhang Farahi, our dear colleague Masa. I am going to hand the show over to Masa now.

Masa: Welcome everyone and we are happy to have Mr. Friedman here again. Can you tell us about your project Picture Books Productions and your debut of a play about the life of John F. Kennedy?

Friedman: The play was in Chicago and is going to Broadway this coming year. I composed most of the music and wrote it with Leslie Bricusse.

Masa: Alen, tell me about your Picture Book Productions, which takes musicals to cities that don’t usually have them.

Friedman: We do first class productions in third world countries and all over the world.

Masa: How many people came to your first production?

Friedman : Everyone said this would not work out, so I tried the first one in a small city in Texas. Over 20,000 people showed up and we sold close to 10,000 books and CDs. The tickets were $5 instead of $100 to $200. We used several new methods, like projected images, prerecorded score, and unknown talent. 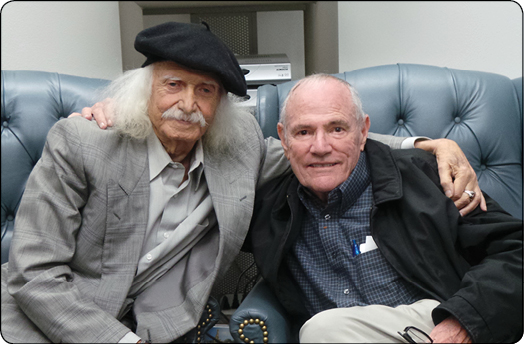 Masa: That’s great. Do you think this is the future of theater?

Friedman: It is too expensive for the average person to go to a Broadway show, where it is now $100 to $200 each ticket, but in third world countries and places like China, India, and Japan, they cannot afford to take the musicals there and people cannot afford to see them, so we are bringing first class theater to the public.
We plan to do four shows a year and clone them in thousands of cities at the same time by putting the visuals on a DVD, the orchestra on a CD, and use the local talent of each city. It is a simple concept, like McDonalds all over the world, we plan to license and clone the musicals that we take to this country and the third world countries.
We also have books, CDs, and toys. Plus we are discovering brand new talent, like Dancing with the Stars. We are giving new talent the opportunity to play in the great musicals and putting them under contract. We have our own publishing, recording, TV, and movie companies.

Masa: Mr. Jalili, you have known Friedman for a very long time and have supported his projects.  What do you think of the work he is doing with Picture Book Productions?

Jalili: It is such an honor to know Friedman, he has touched my heart and he is a great icon. Friedman knows that the movie industry is a controlling monopoly, but we have to face it.

Friedman: When I was three years old I started to compose music, but I thought that everyone could, until I was nine years old. I did not feel unique in any way. I wrote and played music until my parents gave me an IQ test. I did incredibly well on it, but it ruined my life.
My father asked me why I was writing books and music instead of becoming a space scientist, doctor, or a lawyer. In school I studied medicine, history, law, and business. I went to four graduate schools and also have a real estate license because of my dad.
My mom encouraged my heart while my dad encouraged my mind. Later in life, I found it is more important for my heart to harness my mind rather than my mind harness my heart; that was how I lived for a while, but now I live the opposite. We all live in an illusionary universe, where everything around us is an illusion and the only truth is in our heart. The truth is a dream, but we call that a fantasy, but what we see is the fantasy and what is inside of us is the reality. Behind all the different nationalities is the same art. I get my ego out of the way so I can create and allow the art to flow through me. I follow what is in my heart and not what is in my mind. My dad helped me cultivate my mind so I can use my mind to bring forth what is in my heart; that is how I live my life.

Masa: You’ve said that you let the creativity flow through you and not from you. When you feel inspired, do you sit down and deliberately create something, or do you have to let it happen?

Friedman: I have to let it happen. Our society educates the mind, but not the heart. We should educate the heart along with the mind and put the heart first, but we don’t.
In college or graduate school, they don’t sit and meet with you anymore. If you don’t have the right grades or the right test scores, they don’t care. Quite frankly, the only true thing we need to do is to meet with the person, know who they are, what they think, and what they feel.
The education system, as far as I’m concerned, should bring in the people who have the passion for their dreams and want to bring them forth.
The only truth is our dream and what is in our heart. That is what stays forever young and has nothing to do with our age on the outside. That is why you will see someone in their eighties or nineties still feels young on the inside and in their heart they are still young. 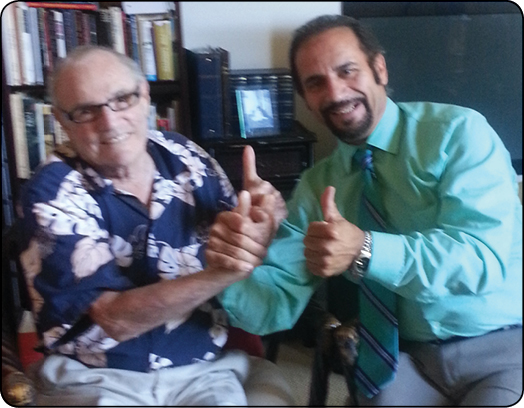 Masa: Why do you think some people forget that? And what advice do you have for the young artists?

Friedman: To follow your dreams. Listen to your heart and no one else except yourselves. Hollywood is very destructive because it reveals an illusion and not the truth. It doesn’t dedicate itself to a higher source or to make entertainment elevating, enlightening, or educational. It only looks at how much they can make or what ratings they get. The only important thing is to bring forth something that elevates society. All this action and adventure is diminishing us. We need to bring forth the great music, great art, and great literature of the past.

Dr. Farahi: You create in all mediums of art, which style is the most popular with the people in your opinion?

Friedman: Music. Words can be misinterpreted, but music you feel and it touches the heart.
I think they all go together, which is what I allow them to do. What I feel in my music, I try to express in my lyrics. What I express in my lyrics, I try to tell in the story. Together, they reveal an overall picture that I am trying to express.
It usually starts with music, but not always, I work in all the different ways and whatever flows through me I allow it to be, I do not have a pattern. It flows through me as one fabric, and not necessarily in order. Like sometimes when I write a musical, I will write the last song first rather than in order. I never know what is going to come out, I just allow it to happen and it is never according to a role.
I work outside the box and totally outside of Hollywood. Hollywood and I are complete opposites. I am a maverick on every level. I do not belong to Hollywood and prefer New York City, which I love.
My life is a constant adventure and constant surprise.

Masa: Your play will debuted on Broadway during the 50th anniversary of the assassination of John F Kennedy, what is the story about?

Friedman: We first did it in Chicago at the Drury Lane Theater in 1983. It was their longest running show in history. We rewrote it and are trying to bring it to Broadway.
I knew a lot about the Kennedys because Jackie Kennedy started my career and I did the A Thousand Days documentary with Bobby Kennedy, who I worked with for three years. I also did There was a Young Man from Boston, which won an Emmy.
The musical is about J.F.K. coming back today to make amends for all the lies that have been told and to tell us the truth about what happened to him, why he was killed, and who was behind it. It also goes into the secret societies, the Federal Reserve, the CIA, and a lot of other things. It really reveals the different sources and forces that were out to get him. There were a lot of people out to get him and it wasn’t who you think it was or what the world has been led to believe. No one has really told the truth. It is the truth from his point of view.

Masa: You did this story as a musical, but it is such a powerful story. Is it more like an opera?

Friedman:  It is not like an opera at all; it is very entertaining and has a different sound. There are some great people involved with it. Right now we are attempting to raise the funds to put it on Broadway.

Friedman: I created my company, Picture Book Productions, so I can bring all the cultures of the world, and all forms of art together under one source. The purpose is to elevate, entertain, and educate so we can bring the world together. I do not deal with politics. I did Kennedy, which is politics, because I see that governments are running man, but man should control governments.
Anyone who would like more information on what I am doing can go to www.picturebookproductions.com

Dr. Mehdi Zokaei: Thank you everyone for coming, it was an honor to speak with such a great group of inspiring role models.