FINALLY GONNA HAVE THAT BABY 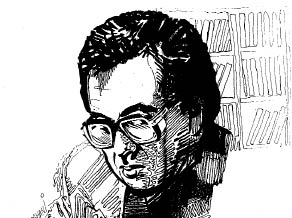 FINALLY GONNA
HAVE THAT BABY

I have survived twenty years of struggling throughout my life, feeling like I have passed through a dark narrow tunnel, crushing my bones.  The experience dashed all my hopes and pushed me to the lowest limits of a woman’s dignity.  Despite all this, I was able to triumph the ordeals and get back on my feet.  Let’s look back at those years when I was in my teens.

It was a muggy summer day in Tehran, Iran, twenty years ago. Having to endure heavy bombardments of the Iraqi fighter jets the night before, when an our next door neighbor talked about a potential suitor for me.  The suitor an Iranian, who was living in London and had apparently found me to be a good match and was eager to become engaged as soon as possible.

It came as a great surprise to me, because it was my dream to get out of that horrible situation prevailing in Iran.  My suitor, Mansour, was in his 30s.  I loved how worldly, charming and romantic he seemed to be, he even played musical instruments.  I did not have a lot of experience, but I was ambitious and he was really smart.  He was bragging about his well established business and nice home in a suburb of London.  From the very beginning, my father and my older brother were seriously opposed with my plan and decision.  While my mother and sister showed their willingness to my marriage.  My father was so skeptical about this kind of marriage.  He believed that this kind of marriage could be some kind of scam and would not last long.  But I was too young to understand him and finally took responsibility for myself.
Having packed my suitcase I left Iran along with Mansour, to Istanbul, Turkey, where he was supposed to get my visa for England.  After staying in Istanbul for a couple of weeks, my visa application was turned down and Mansour rented a tiny studio for me. That still sounds a little tricky, but not for me.  My relationship with him went seamlessly from platonic to passionate in just a few weeks.  Every night we were watching romantic videos in our room and I had the urge to put my head on his shoulders.  When we got under the covers it was totally unawkward.  When the time came, Mansour made a promise to make necessary arrangements for getting me to London.
Soon after his departure, I saw the positive symbol emerging on the pregnancy test.  Once I gave the news to Mansour, he just murmured and asked me to have an abortion.  I felt sick at myself and foolishly thought the knowledge that I was carrying his child would be the impetus he needed to do something for our life.  But In contrast, he kept asking me to go on with the abortion plan.  I panicked and decided overnight to have an abortion.  This was the first step I had to do.
Once I  went to a male surgeon to have the abortion, he asked an illegitimate demand, that I had to have sex with him first.  Faced with such a shameful demand, I lost my temper and slapped him on the face and left his office in tears.  Now, Mansour kept calling and asking me to go to a clinic to have the pregnancy terminated.  I finally had to concede to my husband’s demand.  The guilt and strain of destroying my fetus sent me into a period of depression.  After my abortion, I no longer got any call from him.  I tried so hard to get hold of him, but to no avail.  Then, I learned from my mother that Mansour’s sisters all had already left Iran.  Now, I had realized that my father was right and I had been victimized as a sex toy for Mansour.  My family did not want me  to return to Iran.  With such a gross disgrace, Mansour’s deception had entirely changed my view of the world.  In order to make a living, I got a job in a night club, where I had to dance in front of dozens of drunken and lascivious men.  I gradually turned to prostitution and had to sleep with different men every night.  I found that making love is a dirty business, rather than a pleasure.
One day, when I was shopping in a big store, I came across with one of my previous classmates.  Shahla had lost her family in the bombardments hit by Iraqi jets.  She had come to Turkey to find a way to get to Europe or America.  She was working as a maid for a respectful Turkish family and was going to an English school.  With Shahla on my side, I decided to quit my nasty work and started working as a baby sitter for a family.  I was studying English with Shahla when I was struck by a cancerous tumor and underwent two major surgeries.  My two treating physicians were an Iranian and an Indian doctors  They spared no efforts in treating me.  Then, Shahla got married to a gentleman who was living in Canada.  They both made an emotional farewell to me upon their departure.  Once again, I got on my own two feet and continued my education.

In 2004, the same Indian doctor proposed me and we married.  Adel was a perfect gentleman who tried to heal me from those wounds I had suffered in my life.  It was just a year and half ago that I got pregnant.  Adel and I were so happy, looking forward to have our first child.  But one day, when I was on my way to buy infant clothing, I got into a horrible car accident and had a terrible miscarriage.  It was a big shock for me to the extent I was bedridden for three months.  But Adel stood firmly by me and I soon recovered from shock and deep depression.
Now, I am two months pregnant and looking forward to becoming a mother with my loving husband.