IN THE GRIP OF A TRIPLE CRISIS – HOW DOES AMERICA MOVE FORWARD?

The United States is in the grip of a triple crisis: the COVID 19 pandemic, the resulting economic collapse and an eruption of civil unrest over racial injustice. What have we learned and what can we do to address the deep seated structural inequalities these crises reveal. EMS has invited leaders and advocates in the civil rights and racial justice field to share their

Dr. Tung Nguyen, Professor in the Health Division of General Internal Medicine at UCSF gave an update about the pandemic and health implications of recent events .

“As of June 4 6.5 million people diagnosed with COVID-19 and 378,000 deaths worldwide. In the United States there are now over 1.8 million infections and more than 107,000 deaths. The CDC is releasing forecasts that we will have between 118,000 to 143,000 deaths by June 27. As far as the number of cases rising in states, they are rising in 17 states including California, Texas, Florida and North Carolina.

“Emergency visits have declined by 42% compared to the same period last year indicating while they may be going for COVID-related problems people may be avoiding other, possibly severe medical problems. The morbidity and mortality associated with COVID-19 includes the worsening of other health problems due to competing priorities.

With the protests we would expect to see a rise in infections in some areas. Dr. Nguyen said that those in the health field contend that the use of tear gas which makes people cough  will increase the transmission of COVID-19 and recommend that the police don’t use tear gas.

The most recent vaccine is going into the last phase of testing in July when they are testing 30,000 people.

“Chronic exposure to racism causes the body to change adversely to the release of stress, hormones, and neurotransmitters,” said Nguyen, adding: “We also know that acute exposure to racism can lead to death, as in the case of the recent killings of George Floyd, Breona Taylor, and Ahmaud Arbery.”

“The pandemic has severely stretched all of our dysfunctional systems — health, economic, legal, and political — to their limits and broken them. We can no longer pretend that they were good enough. They were never good enough, except for those of us who enjoy privilege,” stated Nguyen.

Nguyen noted the absence of data for minority communities needs to be corrected but added that “I’m not a typical academic researcher who only asks for more data. At my university, it seems like every single black man, from the janitor to the tenured professor has a police encounter story. To me, that’s data.”

“One out of 1000 black men can be expected to be shot by the police in their lifetime.”

Dr. Nguyen ended by saying that why would a physician in public health concern himself with police violence.

“It is the same reason we concern ourselves with homelessness, climate change, unemployment, food insecurity, educational disparities, income inequalities, and racism,” he said. “Because the final outcome is a sick or dead person, and sick and dying communities. Because racsim is a disease and police brutality is a disease vector. And the job of a physician and a public health interventionist are the same: control the vector and eradicate the disease.

Dr. Jody Armour, a professor of law at the University of Southern California, said there is a “wash, rinse, repeat” cycle to addressing the civil rights of African Americans.

“Nothing’s changed, except what year it is,” said Armour, adding that each time there’s an eruption over police brutality. commissions are convened, then public hearings are held, then people can vent their frustrations, and they’ll come up with interventions such as the use of body cams. Then someone will say implicit bias training and then more hashtags.

“And here we are looking at a moment in Minneapolis, Minnesota where the police department had all those interventions. They were one of the early departments to start implementing all those interventions and it didn’t solve the problem in fact not only did you have the officer with the knee on the neck, but the other three officers that just stood by.” 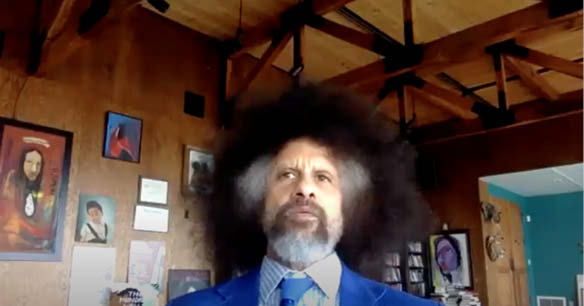 Dr. Jody Armour, a professor of law at the University of Southern California

“I think we’re coming to the realization that there’s not a technological fix, there’s not a way to tweek policy and fix this problem, but that it really requires some deeper analysis. And that deeper analysis has to do with structural racism to be sure and the only way that we are going to be able to avoid having this discussion again is start to address thoss structural race issues. And beyond that, it has to do with our hearts and our minds. And our lack of care and concern and empathy for Black lives.”

Armour, along with three other speakers, called for cities to de-fund their law enforcement budgets and re-route the money to social services, with an aim to staunching the numbers of African American hostile encounters with police and addressing structural racial and ethnic inequities. He encouraged cities like New York, where 200 police officers actively arrest subway turnstile jumpers, to re-focus on high-level crimes.

Armour’s first book, ‘Negrophobia & Reasonable Racism: The Hidden Costs of Being Black in America’ was published in 1997 by New York University Press. “It was really about every one of the issues we’re talking about today,” he said.

“The vote isn’t the answer by itself, what we need is deep cuts in the police system. We need change at a fundamental level,” he answered as reporters asked if a leader is what is needed.

John Yang, president and executive director of Asian Americans Advancing Justice (AAJC) noted that this crisis that we are seeing is so deep right now at so many levels.

The pandemic has caused racism against Asians by calling it “Chinese Virus” or the “Wuhan Flu.”

“Asian Americans have not always stood up for the African American community, and that has to change,” stated Yang, adding: “I do think that this moment with George Floyd has caused us to see things differently.”

“The community, I think, has responded with more solidarity that I have seen than in past incidents,” he said.

Many Asian American civil rights organizations have lambasted former Minnesota officer Thao for standing by as Chauvin pressed into Floyd. In the video, Thao can be seen trying to shoo away bystanders.

Yang suggested that it is time to have hard conversations with our own communities and recognizing our own biases. He mentioned that standing with other communities and amplifying their voices is also important. 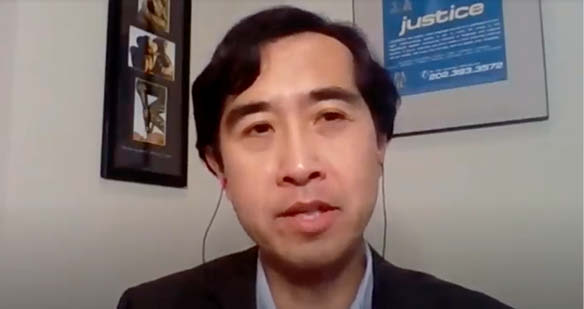 Voting is also part of it but not the only solution, Yang said. He mentioned voting coming up and that it is critical that we need leadership from the top down that represents what this country stands for.

Thomas A. Saenz, President and general counsel for the Mexican American Legal Defense and Education Fund, expressed his hope that the nationwide rage against Floyd’s brutal death, would result in some tangible interventions. 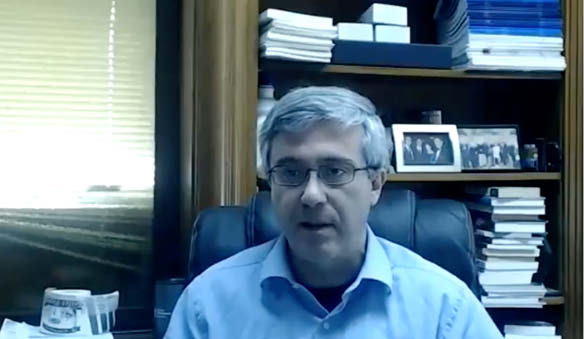 Thomas A. Saenz, President and general counsel for the Mexican American Legal Defense and Education Fund

Saenz also warned that the pandemic has already impacted the 2020 Census and will likely lead to an under-count of African Americans, Asian Americans and Latinos. “This will have long-term impacts throughout the decade, not only on political representation of those groups, but on funding for services to those communities,” he said.

“We have to anticipate the impacts of that census disparity and prevent it from happening with the time that we have.”

He says that people of color may be hired last when companies start hiring again and we have to prepare and prevent that from happening.

This is an important election year, Saenz said, from the top of the ballot to the bottom. Every eligible voter should have the opportunity to participate and participate easily. We have to do what we can to make sure that happens, he concluded.

Previous Post: ← STRATEGIES FOR SMALL BUSINESSES TO SURVIVE AND THRIVE DURING THE COVID-19 PANDEMIC
Next Post: WHY ARE OLDER AMERICANS SHOWING THE HIGHEST COVID-19 FATALITY RATES? →