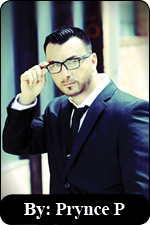 Alin Bijan is an Emmy award-winning international Writer/Director/Producer with over 20 years of experience in Film and Television.
His creativity, efficiency, and expertise have resulted in high quality film and video productions. His personable style of directing has made his actors and clients comfortable working with him over the past years.
Alin has recently written, produced, and directed the feature film “Ghost of Goodnight Lane” and the thriller “Bells Of Innocence” starring the legendry Chuck Norris.In addition he has produced “Birdie & Bogey” starring Janine Turner, “The Rage Within”, “Midsummer”, and “Everyday Life”.
Alin is the Executive Producer and Director of two documentary style TV series (25 episodes) such as “World Business” and “America’s Very Best”, which broadcast on the Discovery Channel and USA Network. FOX Television aired his series “Hot TV”, and Verses channel aired two seasons of akickboxingTV show he produced called “World Combat League”.
Media World Studio, Alin’s production company, is a state of art facility, with the newest cameras, production equipment, and software to keep up with the technology and the demand for excellence in productions.
We had an opportunity to sit down recently with Alin and talk about what he’s been up to.

Prynce P: How did you get involved with directing movies and music videos?
Alin Bijan:  Filmmaking has always been my passion since I was a kid. I always had a good imagination. Making movies gave me a great outlet to put it to work. I enjoy telling stories and create scenes that make the audience get involved, care, feel, think or get excited! I grew up with cameras and shortly after I went to college,I started my business within the first few semesters, but continued my studies as well. My work got noticed early on in my career and gave me the opportunity to travel all over the world, and produceand directTV shows and documentaries in many different countries.
My first feature film was picked up by HBO, which gave me a great boost. I was approached by Chuck Norris to produce and direct a film with him called “Bells of Innocence”. I have produced and directed shows for the Discovery channel, Travel channel, A&E, Fox and several other channels.
Recently I directed a music video for one of Pouya’s songs“TabeTond”, which got a lot of attention in the Persian community. The music video is more like a short film with his song as the soundtrack, which made it a different style than the typical Persian music videos.

Prynce P: What struggles have you faced to get where you are today?
Alin Bijan: Because I do what Ilove for living I can’t call it “struggle”.All that I can say is that I worked very hard and long hours to reach my goals. I never gave up on my dreams. Staying focus on my goals required real hard work and scarifying on certain things. My life has been an amazing journey, from the day I left home as a teenager and made the big move to this country on my own, to where I am now in my career.  It all happened because I chased my dream, worked hard, stayed focused, and had faith. I believe life is a gift, a blessing to be celebrated and appreciated, so I live life to the fullest, and try to enjoy every moment.

Prynce P: What inspires your films?
Alin Bijan: Usually I’m inspired by my surroundings. Or meeting someone new with an interesting character, or I hear a story of someone’s life or something as simple as a song that moves me. More than anything in life, love inspires me.

Prynce P: What current and future projects are you working on?
Alin Bijan: I usually have a few projects at a time. I recently wrote, produced and directed a feature film called “Ghost of Goodnight Lane” starring Billy Zane from “Titanic” and Lacey Chabert from “Mean Girls”. It’s a comedy horror film, which will be out in early part of 2014. You will find it soon in Redboxes all over the country and video on demand from your cable provider or iTunes.
Currently I am in post production of a documentary film called “Smiles at 10000 Feet” where I followed two plastic surgeons in the mountains of Peru on a mission trip to create smiles by repairing cleftlip and palate. I am also developing my next film and writing another script. And in between all these projects I produce commercials and music videos.
The most recent exciting news in my life is winning an Emmy Award for a documentary that I filmed. It has been a joy to be recognized nationally for my work.

Prynce P: Which actor or actress would you like to work with?
Alin Bijan: I would love to work with Christopher Walken, Jason Statham, Eva Mendes, Robert DowneyJr., and of course Robert DeNiro.

Prynce P: Do you have an official website or a way for fans to look you up?
Alin Bijan: My website is www.MakingFilms.com
My Email is [email protected].
And I can also connect with fans on Facebook.com/AlinBijan

Prynce P: What is your favorite Persian food?
Alin Bijan:That’s a tricky question!I like most Persian foods especially the ones my wife Sara makes as she is a great cook! At the moment my favorite is adas polo, tachin, fesenjoon and, of course,kabob. Sometimes, zeresk polo bamorgh or khorshtegheyme. But I won’t say no to polo baghalabamahicheh, or salad olvieh for snack. And the list continues!

Prynce P: Maybe I should have asked what Persian food you don’t like. Any last words?
Alin Bijan: I’ve been blessed by a great amount of love and support around me. I would like to thank everyone who’s been supportive, and believed in me.
Especially I would like to thank my beautiful wife who’s been so awesome, and understanding throughout the years. Also big thanks to my parents, which their love and prayer have kept me going.
I want my success story to inspire any young person, boy or girl that has a dream to believe in themselves and follow their passion; and understand that achieving success and reaching your goal only comesfrom hard work and dedication.  You must be focused, patient, honest, and treat everyone else the way you want to be treated. Trust your instinct, and surround yourself with positive people. It is possible for anyone to do what he or sheloves in life.Remember if you do what you love, you’ll never work a day in your life.
Thank you all for showing your genuine happiness and support for me, and a huge Thanks to you Prynce P for allowing me to share my story with everyone!

Prynce P: Alin, I know how busy you are so I thank you for allowing me to interview you.  I have always been a fan of your work and look forward to see more.  Happy New Year my friend!!