Kevin Mitnick, the World’s Most Notorious Hacker, Is Here to Talk About What Got Him Started

Kevin Mitnick was one of the first internationally known hackers, one of the early wizards who struck the fear of the gods in the machine into regular people. He hacked Los Angeles, Motorola, Nokia, Sun Microsystems, and Fujitsu Siemens before finally being caught by the FBI. 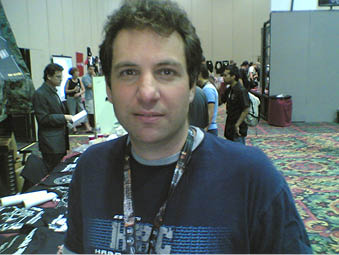 In 12th grade, I was allowed to attend a computer science class at Monroe High School. To give you an idea of the technology back then, we used an acoustic coupler modem and a teletype terminal. So when you wrote programs in Basic and Fortran for the computer, you’d type in your programs on the teletype, and you’d hear it firing as it punched in your program. It was kind of like magic to me. I could write programs on this terminal that connects to this computer brain that make it do what I wanted it to do.

But back to that class. We had a teacher who gave us an assignment to write a Fortran program to find the first 100 Fibonacci numbers, and I thought that was a pretty boring assignment. So instead, I wrote the first phishing program. I called it a “Login Simulator.” Back then, when a student or teacher would log into the computer, they’d type in “Hello,” and the computer would prompt them to enter their account number and password. So my program simulated that login screen, store their account information in a file, and then log them in so they were none the wiser.

When my instructor came along and asked for my assignment, I showed him my Login Simulator and all of the account information I’d collected instead. He gave me an A. Today, I’d probably have been arrested. There were other fun pranks we pulled back then, like changing my friend’s parents’ home phone to a pay phone line that would ask for 25 cents when they picked it up, but that project was what really set my love of hacking into motion.