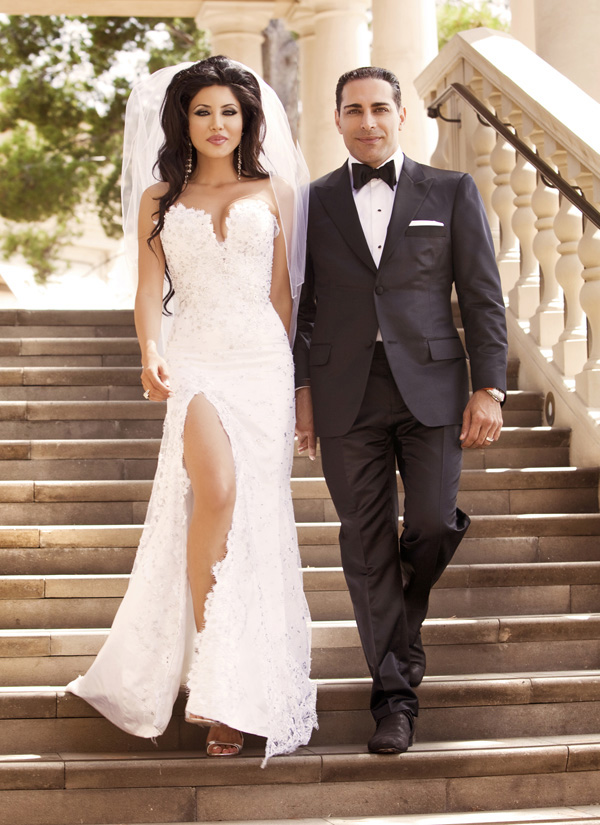 Model and entrepreneur Leyla Milani, who rose to fame as one of the seductive model on the popular Howie Mandel-hosted television game show Deal or No Deal, is expecting her first child with husband Manny Khoshbin.

The 30-year-old Milani – who flanked Mandel as the beautiful holder for briefcase #13 on the popular NBC primetime series– and the 41-year-old Khoshbin – a real estate mogul who recently authored his own Amazon-chart-topping book, Manny Khoshbin’s Contrarian PlayBook: How to Build Your $100 Million Real Estate Portfolio from the Ground Up – are expecting a daughter this September.

The couple was married in Orange County, California in July of 2011 and reportedly live in a $10 million mansion in nearby Newport Coast.

Milani, who spearheaded here own line of hair extensions – Milani Hair – in 2010, caught the eye of the entertainment industry when she parlayed a second-place (out of 8,000) finish in the World Wrestling Entertainment 2005 Diva Search into commercials for WWE as well as a co-hosting post on Wrestlicious, an all-women wrestling show. She was also recently credited with appearances on episodes of NBC’s Last Comic Standing and Phenomenon.