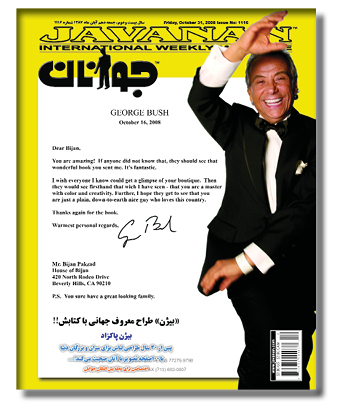 A FEW WORDS
ABOUT BIJAN…

He is unpredictable, instinctive, compelling, sophisticated and driven.
He loves controversy and has a natural tendency for the unconventional. 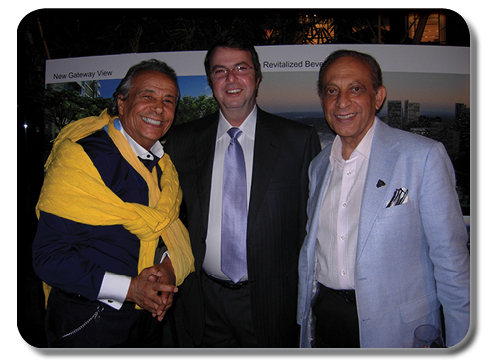 He designs fashion, jewelry and fragrances.
He is Bijan!
Known throughout the world as one of the most colorful and mysterious designers, Bijan Pakzad – or simply Bijan, as he is affectionately known by his millions of fans – arranges every element of his company’s structure and image. Quality, elegance and simplicity define the Bijan philosophy. As an international authority on style and leader in men’s fashion design for over 30 years, Bijan stands alone with his exquisite designs. In 1976, Bijan began establishing his global business in Beverly Hills and later in New York by designing seasonal collections as well as complete wardrobes and accessories for the wealthy and powerful. Perhaps the most interesting quality about Bijan is the way he does things…his designs are always executed with the utmost attention to quality, and “Bijan quality” is always approached with precision. It is for this reason that his clients include Heads of State, Captains of Industry, Presidents, Kings and Emperors.
Bijan’s legendary lines of perfume sold successfully worldwide in 66 countries. Michael Jordan by Bijan Fragrances achieved the highest sales in the men’s cologne industry. During these years, Bijan received six international fragrance awards.
In May of 2007, Bijan received the Honorary Doctorate Degree in Fine Art and Science from American Liberty University, California; and in 2008, the title of Chairman of the Board of Directors for the University. Plans for the Bijan College o Design are underway, according to the President of the University. 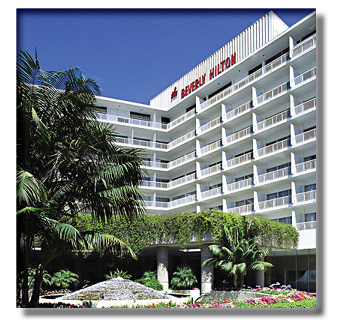 Recent interviews on NBC, German and Israeli television have garnered grand reviews! A documentary on Bijan’s lifestyle and life as a designer is being planned to air on Bravo TV Network.
Bijan’s famous “by appointment” showroom on Rodeo Drive is a lavish 12 million dollar Mediterranean-style Palazzo and is classified as a Beverly Hills landmark. Bijan resides in Beverly Hills in a magnificent villa, which he, of course designed and furnished!
If there’s one thing designer extraordinaire BIJAN appreciates, it’s unparalleled style and luxury. Especially when those traits are manifested in a hotel that will be built in his virtual backyard.
That’s a big reason why Bijan was one of the more prominent and outspoken proponents of a plan approved by the Beverly Hills City Council to build a Waldorf-Astoria Hotel and two condominium buildings in the area where the Beverly Hilton currently calls home.
Area residents concerned about the increased traffic were able gather enough signatures in a petition drive in order to put the amendment plan for a referendum. Beverly Hilton officials have argued that the project would add more than $750 million to Beverly Hills’ coffers over 30 years and would draw new customers to local shops and restaurants. Beverly Hills residents submitted 3,200 signatures, and a vote will take place in November. 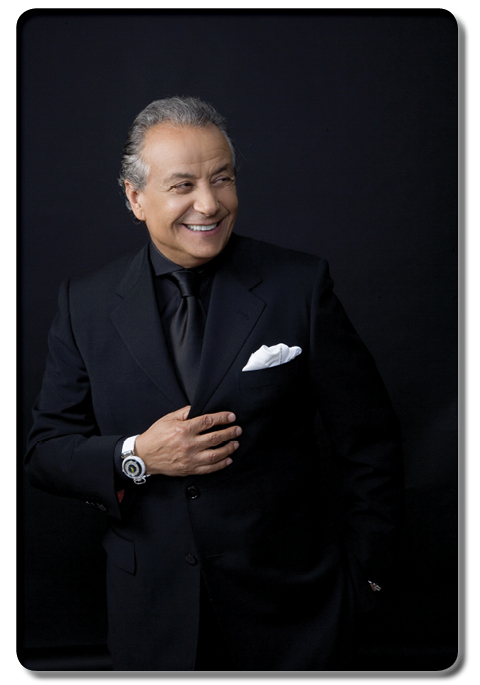