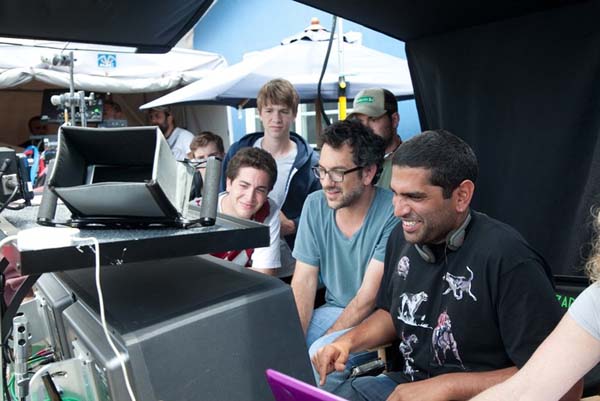 British-Iranian director Nima Nourizadeh made a splash into Hollywood with his unique big-screen debut, Project X, and thanks to the box office success the movie was able to produce, he is now one of the hottest commodities in the industry.

The film, which has grossed nearly $80 million worldwide since it debuted in theatres on March 2, cost just more than $12 million to make, generating a nice profit for its studio, Warner Brothers, and possibly Nourizadeh, who may have negotiated a deal with the studio to reap profits on the back end.

Nourizadeh previously worked as a music video director, collaborating with such as acts as Franz Ferdinand, Chromeo, Flight of the Conchords and Lily Allen. He also directed a commercial for sports-clothing and shoe-maker Adidas dubbed, “House Party,” which featured such sports and music luminaries as David Beckham, Katy Perry, Russell Simmons and more. The commercial was produced in honor of the brand’s 60th anniversary and achieved critical acclaim, winning a Shortlist award at the 2009 Cannes Film Festival. It was Nourizadeh’s work on this project that eventually led to producers Todd Phillips (director of the The Hangover & Road Trip) and Joel Silver (produced The Matrix trilogy and the Lethal Weapon films) commissioning him to direct Project X.

An interesting side-note: Nourizadeh is the son of Iranian activist Alireza Nourizadeh, who serves as a political commentator for the radio channel, Voice of America.