On April 16, 2015, Bay Area-based non-profit organization, Pars Equality Center (PEC), referred to fondly as “Pars” within the community, celebrated its 5th Anniversary with the official opening and ribbon cutting of the new Daryabari Iranian Community Center.  The facility is the new headquarters for Pars—and the first non-profit legal, social and community support center of its kind providing direct services to Iranians and Farsi speakers in the United States.

Pars founder and executive director Bita Daryabari was in attendance to honor the center, as well as Dignitaries, including the CA State Assemblymember Evan Low, who presented a Certificate of Recognition on behalf of the California Legislature Assembly; and San Jose Mayor Sam Liccardo, and the President of the Santa Clara County Board of Supervisors, Dave Cortese who both presented commendations. 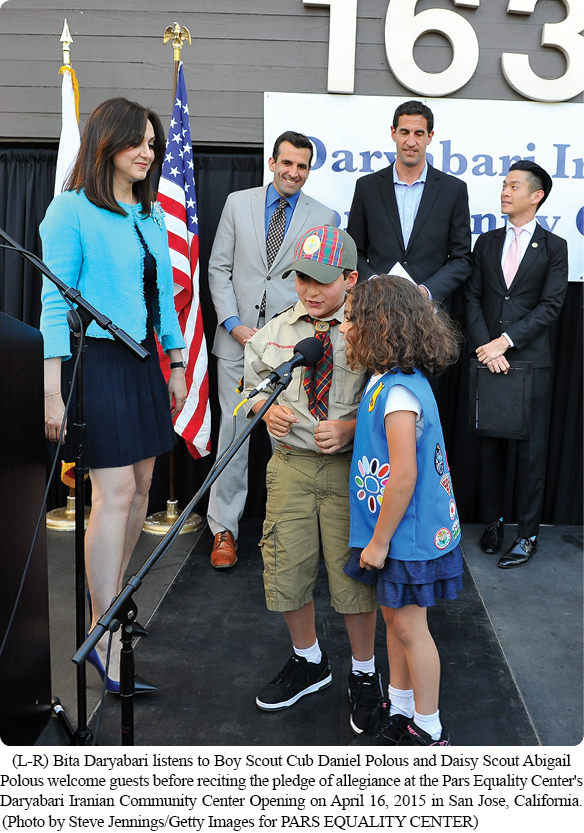 “We are so proud to have this Center here. In the City of San Jose, 40% of our adult population was born in a foreign country and that is the secret sauce of our success in Silicon Valley,” Mayor Liccardo stated.

“We have a community that is very much the front door for the United States. It imposes on us an obligation to reach out to ensure that whatever extraordinary opportunity is available here is communicated in multiple languages and made available to all regardless of cultural and economic barriers. And the Persian community has been so incredibly important in this valley and has enriched our community in so many ways.”

Programming spans multiple categories, including social and legal services, senior and elderly support as well as weekly classes in English as a Second Language (ESL), Citizenship, and career development. Yoga, meditation, and other workshops are offered in the Silver Club programming (ages 55+). Also offered are tax advisory services (for low-income newcomers), legal advice (both on regional and federal matters), and basic computer training. 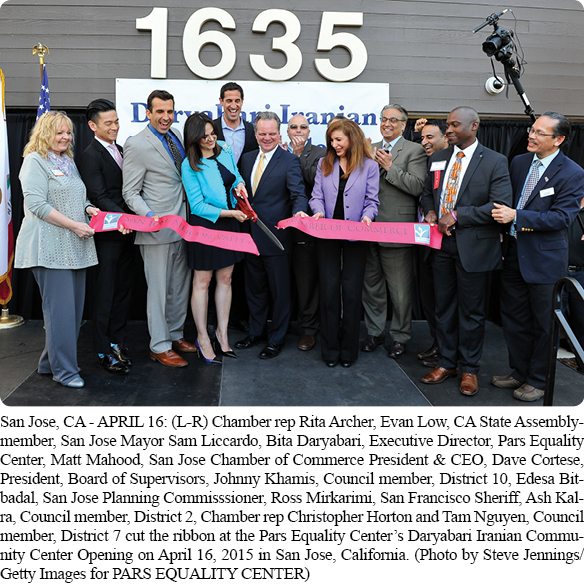 The center also offers job preparation services, including resume preparation and job fairs coordinated by Pars and hosted at the Center. Additionally, the Mentorship Program facilitates networking opportunities with over 35 successful volunteer Bay Area figures whom are committed to pursuing job opportunities for the many highly educated and qualified newcomers.
The Center serves as cultural hub and resource for every member and age group of the Persian community. The opening was especially meaningful this year, as 2015 marks Pars Equality Center’s 5th Anniversary since the 2010 inception by founder and executive director, Bita Daryabari.
Daryabari’s contributions have been more widely recognized recently as she was named in the Gentry magazine top 50 philanthropists in the bay area list for the second year in a row. She will receive an honor by the World Affairs Council in San Francisco on May 26 for her work. 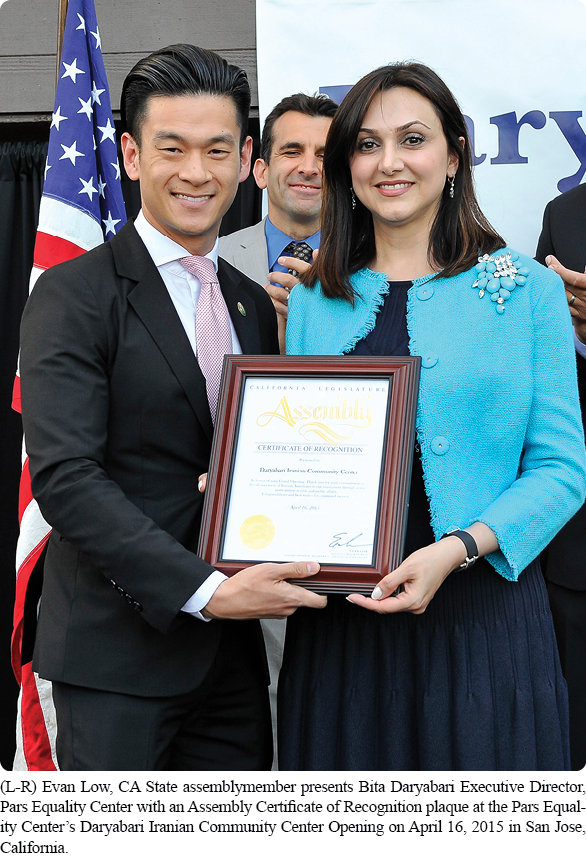 About Pars Equality Center
Founded by Bita Daryabari in 2010, the Pars Equality Center (PEC) is the first non-profit organization of its kind, supporting the full integration of people of Persian (Iranian) origin in the United States. PEC provides social and legal support for all members of the Iranian-American community, including refugees, immigrants and the American-born.  The Center advocates for more positive perceptions of Persians in the U.S. media, while offering services and programs that help establish, integrate and support Iranian-Americans so that they are able to function responsibly and productively in American society.  Based in Menlo Park, PEC opened its second office in San Jose in April 2012, and a third location in Los Angeles in September 2013.