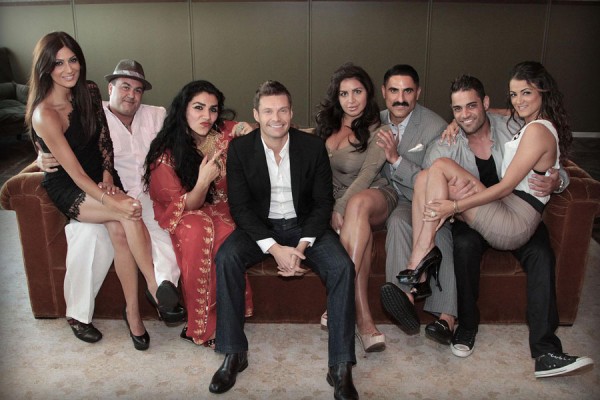 Your favorite reality show sixtet is coming back for a sophomore campaign, as producer Ryan Seacrest confirmed on Twitter Tuesday that on the heels of the show’s mini-season finale – which aired this past Sunday and clinched a season-high in ratings – Bravo TV’s Shahs of Sunset will be renewed for a full second season.

“Got the call from @BravoAndy this morning…Shahs of Sunset season 2 is a go!” Seacrest tweeted, with a link attached from the Bravo website confirming the details.

GG, Mike, Sammy, MJ, Reza and Asa spearheaded a 6-episode campaign that boasted more than 1.5 million viewers in the final episode that aired last Sunday, up more than 20% from the previous episode.

The show garnered an immense amount of backlash from prominent figures in the Iranian community from the onset. In a Los Angeles Times article published the day before the March 11 series premiere, renowned Funny in Farsi author Firoozeh Dumas told the newspaper, “I never thought Iranian Americans could get any press worse than what is on the news every night. But now, Americans have a chance to see a slice of materialistic, shallow, and downright embarrassing Iranian culture. I just want to shout, ‘We are not all like that!'”

But Seacrest, the man behind the Kardashian family reality shows, disagreed. “This is meant to be entertaining and fun,” Seacrest told The Times. “It’s escapism.”

Iranian-American activist and writer Reza Aslan concurred, telling The Times: “It’s a silly reality show. Only the most moronic viewers would watch Shahs of Sunset and extract an opinion about Iranians and Iran.”

Reports have also surfaced that Iranian-born NBA player Hamed Haddadi of the Memphis Grizzlies will serve as the love interest of one of the show’s divas, but nothing has been confirmed. Fans who missed any of the episodes can watch reruns of all six episodes sporadically on Bravo as well as during the show’s regular Sunday night time-slot, per local listings.

Reza, Mike and Asa also appeared on Andy Cohen’s Watch What Happens Live Sunday evening, which aired after the season finale. A couple of revelations from that show:

– Reza is launching his own line of ties, replete with a logo of his notorious “moustache” embroidered onto the tie;

– Mike’s connection to GG dates back a few years to when he dated GG’s older sister, Leila. Leila is now happily married with children, and Mike revealed that he thinks GG is infatuated with him;

– Asa has put out a new music video (which can be seen below) and is reportedly working on a small U.S. tour. The season finale saw Asa’s eccentric music receiving an endorsement from respected Iranian journalist Homa Sarshar, who hosted a listening party at her home for the singer

As for cameos by some local L.A. figures in the first six episodes, local Persian disc jockeys Eddie “Ecstasy” Makabi and Mike Soltani as well as Persian R&B singer Kamy-R all made appearances on the show. Makabi was Sammy’s house party DJ in the series premiere, Soltani manned the turn tables at Golnessa’s parents’ anniversary party, and Kamy-R could be seen hugging Asa at the listening party.

Check back with Javanan for more Shahs news and upcoming exclusive interviews with all the cast members. In the meantime, you can check out Javanan Radio’s interviews with Asa in English by Masa Zokaei here and in Farsi by Mehdi Zokaei here.