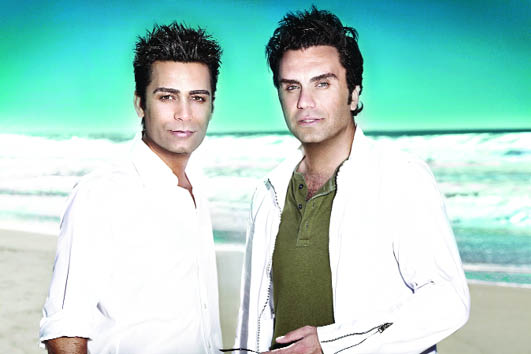 Dark haired, blue-eyed Cameron Cartio first burst on the scene in 2005 with his debut single “Roma” in Melodifestivalen, the festival that determines which song will go to Eurovision to represent Sweden. The song gained attention for its fusion pop sound and the fact that it was written in a conlang, a made-up language by Cartio, or the “borderless language of love” as he calls it. Cartio continued to make love-themed hits including “Henna” which 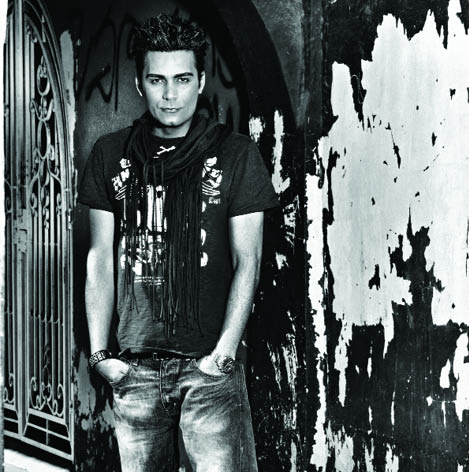 Recently, Cameron released three original singles and two remixes, along with four music videos, all of which will be a part of the follow up to BORDERLESS. The first single “Electric” is based on an English song originally,butthen he wrote the Farsi lyrics and released that version first. The other two, bare Farsi titles: “BIA NAZDIKTAR” (Come Closer) and “SHAYTOONAK.”

“Shaytoonak”, a duet that features singer Maria Manson from the girl group Rock the Sexy, was meant for the Eurovision festival in Sweden, and then was revamped tobecame a dance song with a Persian flavor. Manson is also featured in the video.

Coming from an artistic family shaped his musical career, and Cameronhad the fortune of being able to collaborate with his brother, music producer and music video director Alec Cartio.  When asked what’s it’s like to work with his brother Cameron, as his manager now as well, Alec says, “It’s pretty easy actually. I’ve been in the business for 22 years and he’s been in it for 18 years, so he knows his share of the work and I know my share of the work. There aren’t any conflicts or issues.”

Cameron’s previous songs have been mostly dance, feel good songs. So should fans be expecting 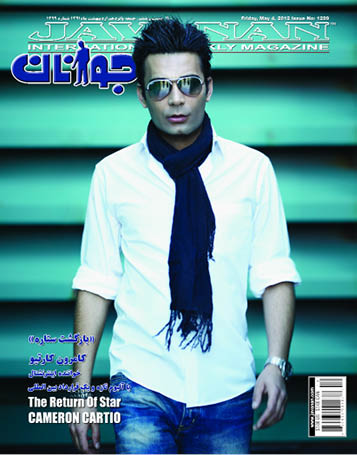 something different on the new album?

“It’s more electronic-based. Whereas before there was that Greek-Persian-Spanish style mixed, the new album is more of that 2012 sound: The electronic, dance, rock with some Middle-Eastern,” Cameron says.
The new album will also feature a couple of emotional ballads, something that Cameron is not commonly known for, but the rest are dance, love songs.
Cameron first got into music in the early 1990s when he performed in a boy band with fellow Swedish pop star ARASH. They would eventually go their separate ways and pursue solo careers.
After touring his solo album in the United States, Europe and the Middle East, Cameron moved back to Sweden, where he currently works and resides, and where he first began his career. There he writes most of the songs himself along with his Swedish writing partners.

Recently, he was signed to an American management company, with co-manager Nelson Mendoza. His booking agent is based in Dubai,Loop33

management; an international management team, which makes perfect sense for the artist who performs in several languages.

And what can we expect from Cameron this summer?
“We have a surprise coming, but I don’t want to give away,” Cameron says.For updates on Cameron Cartio, www.facebook.com/cameroncartio.