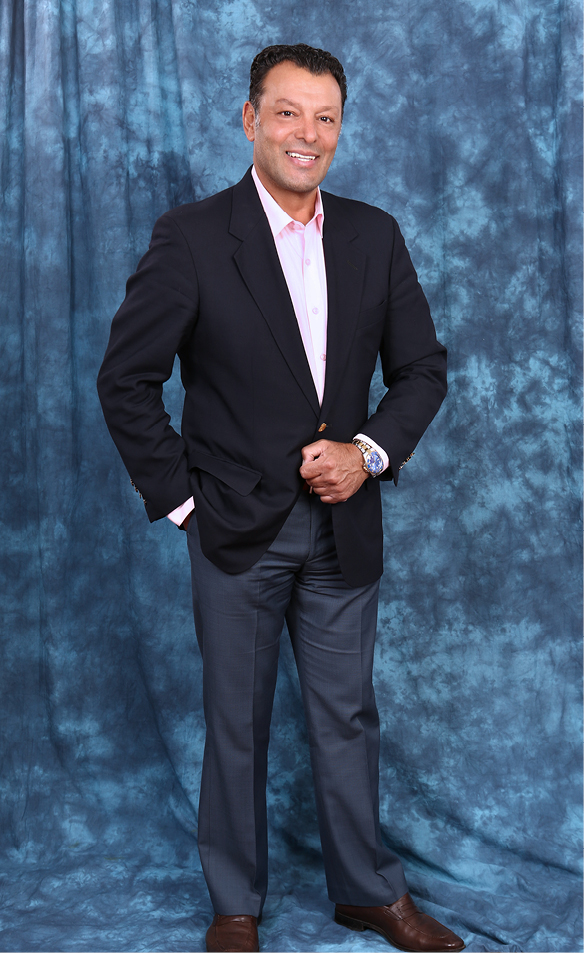 From the first global predictions made by renowned psychic, Saeed Vakili, everyone wondered if his predictions would actually be accurate. Now his predictions have been proven true about the collapse of the Soviet Union, the sudden death of Princess Diana in a auto accident, even the unpredictable death of  Ahmad Khomeini (son of founder Ayatollah Khomeini), as well as the ousting of Ayatollah Montazeri. He also correctly predicted the turmoil within the Middle East, the tensions between Saudi Arabia, and the emergence of ISIS in Iraq and Syria. Vakili’s  proven authenticity has surprised followers around the globe. 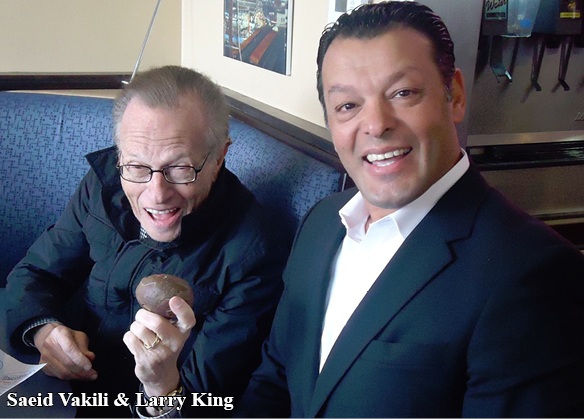 A few years ago, while visiting the Los Angeles based Turkish Consulate, he warned that there would be an attempt on the life of popular Turkish singer Ibrahim Tatlises. 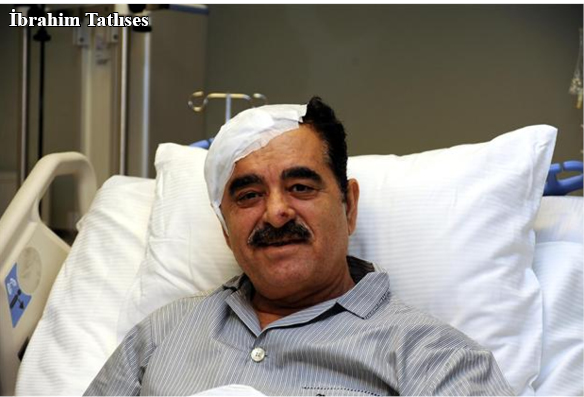 Two months later, his sad forecast was a reality when there was an assassination attempt on the singer as was shot in the head while in Istanbul. A few years later, Saeed visited the Turkish Consulate in Los Angeles once again. He requested a meeting with Turkish President Recep Tayyip Erdogan so he could advise him of an imminent event. He warned that everyone should support him during July, 2015, in order to save the Turkish nation. He also requested to meet with Prime Minister Ahmet Davutoglu to warn him of a sinister event. 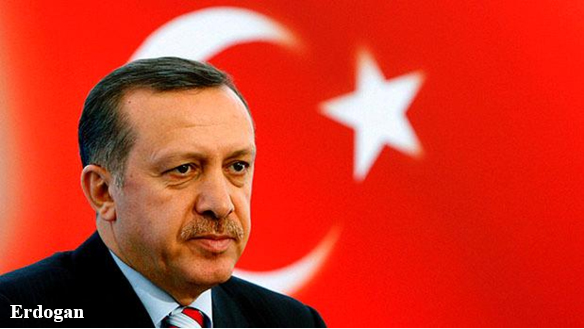 Later, he took a trip to Izmir and had an interview with the Yeni Asir newspaper. On July 1, 2015, (Saeed’s birthday) he predicted the coup staged in Turkey. The original posting on Saeed Vakili’s Facebook page told of this event, down to the exact time of the event. His Facebook posts also include a question asked by an American reporter during an interview at the Beverly Wilshire Hotel during the last days of 2015. When he was asked about Hillary Clinton, he replied it would be better for her to focus on her family instead of running for President of the United States. He continued to say that she should let other people take care of the country. 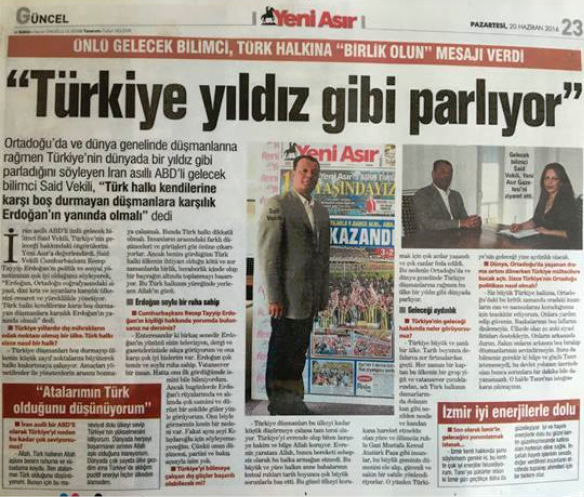 In June 2016, during an interview with the Turkish major press Yeni Asir, Saeed Vakili made a precise prediction about an imminent event that would coincide with his birthday on July 15, 2016. During the interview, he expressed his sincere interest to Turkey as stated the wonderful people were nice and the country enjoyed, not only an ideal climate, but was also covered with flourishing natural beauties from border to border. He added, the more animosity and vicious propaganda against this country, the greater will be the blessings bestowed by God upon this noble nation. Saeed pointed out that during his pilgrimage to Mecca, he was honored to become acquainted, with the then, Prime Minister Necmettin Erbakan. They had a lengthy discussion regarding philosophy. Saeed said he was a great man until his untimely passing. Now it is time for the Turkish people to endear and appreciate Mr. Erdogan, who is an incredible leader and managed to save Turkey from certain crisis and turmoil. Vakili has great respect for Mr. Davutoglu and wishes all the best for Mr. Kamal Uglu.

Saeed Vakili’s predictions on Europe start with a reflection on German Chancellor Angela Merkel. He discuses the challenges she faces with Radical Islamist’s Groups and the flood of immigrants flooding into Europe. He even predicted the Brexit upheaval becoming a reality. Vakili foretold the tension that is now between Europe, United States, and Russia. And he warned of the isolation of Russia within the world arena. In September, 2016, Saeed was at a Malibu park surrounded by several police officers and bystanders when he told reporters that Donald Trump would be the next president. His prediction was posted in social media as well. Saeed Vakili strongly feels, that if the opposing party does not create any obstacles or interfere with the smooth running of his administration, Trump, with his loving wife by his side (just like the fantastic First Lady, Michelle Obama), will definitely be a two term president of the United States.