Stephen Kramer Glickman and Crew! IMPORTANT: 22nd Family Film Awards Update from executive producer Roger Neal and Olympia A. Gellini
Renee Lawless has to film on the date of the Family Film Awards and so she cancelled her gig with us, (and we will miss her because she is a fantastic lady)!. However it didn’t take long to fill the spot because everybody wants to have a seat at the 22nd Family Film Awards Star Studded Red Carpet Gala, Dinner, Awarding Ceremonies and Show! …and we are really going to have a wonderfully terrific time at the Family Film Awards with these guys showing up to MC the party! Funny man Stephen Kramer Glickman who starred on Nickelodeon’s highest rated television series Big Time Rush (as Gustavo Rocque) …and he is also voice in “STORKS”,,, along with his crew from his The Night Time Show Podcast are confirmed our Celebrity MC(s) for the Family Film Awards at Hilton Hotel Universal City on September 27th. Congratulations to all of our nominees this year and we are looking forward to a spectacular event!
The show will be lively and everybody will be there! 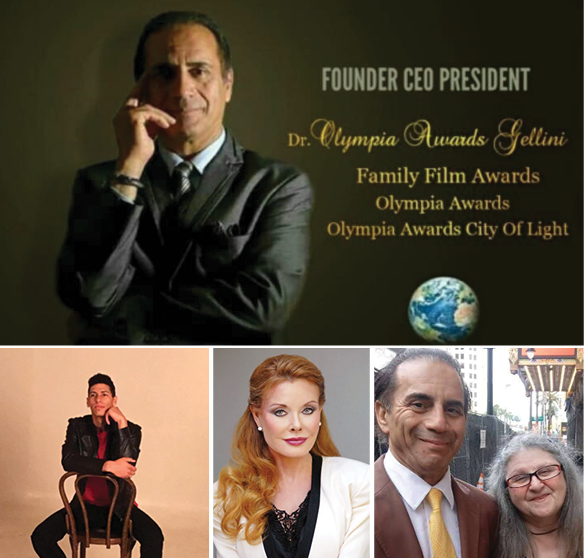 OUTSTANDING ACTRESS IN A TELEVISION FILM
SOFIA CARSON, BETHANY JOY LENZ, DOVE CAMERON
OUTSTANDING YOUNG TELEVISION FILM ACTOR OR ACTRESS
MILLIE BOBBY BROWN, MILO PARKER
OUTSTANDING TELEVISION FILM DIRECTOR
MIKE ROHL, KENNY ORTEGA,
OUTSTANDING TELEVISION MINI AND EDUCATIONAL DRAMA / HISTORY SERIES
THE DURRELLES IN CORFU, GENIUS TV-14 BIOGRPAHY, VICTORIA TV PG BIOGRAPHY
OUTSTANDING TELEVISION SERIES
THE BIG BANG THEORY, MODERN FAMILY, BLACKISH
OUTSTANDING ACTOR IN A TELEVISION MINI OR PUBLIC BROADCASTING STATION SERIES/ DRAMA/ EDUCATIONAL/ HISTORY
JOSH O’CONNOR, JOHNNY FLYNN, MICHAEL MCELHATTON
OUTSTANDING ACTOR IN A TELEVISION SERIES COMEDY
ED O’NEIL, JOHNNY GALECKI, ANTHONY ANDERSON
OUTSTANDING ACTRESS IN A TELEVISION SERIES COMEDY
MELISSA RAUCH, JULIW BOWEN, TRACEE ELLIS ROSS, SOFIA VERGARA
OUTSTANDING ACTRESS IN A MINI SERIES OR PUBLIC BROADCASTING STATION SERIES KEELEY HAWES, SAMANTHA COLLEY, JENNA COLEMAN
OUTSTANDING FEATURE FILM SCIFI, CTION, ADVENTURE, FANTASY (ANIMATED MIXED)
A WRINKLE IN TIME, ROUGE ONE: A STAR WARS STORY
WONDER WOMAN / GUARDIANS OF THE GALAXY
SPIDERMAN; HOMECOMING /PIRATES OF THE CARIBBEAN: DEAD MEN TELL NO TALES
STAR WARS: EPISODE VIII- THE LAST JEDI
READY PLAYER ONE
OUTSTANDING FEATURE FILM (OTHER) MIXED- DRAMA MUSICALS, HISTORY, (NON ANIMATED)
GIFTED DIRECTOR
INSIDIOUS: THE LAST KEY
THE GREATEST SHOWMAN
MIDNIGHT SUN
NOTE:
PRESENTERS, AND CONFIRMED NOMINEES WHO ARE ATTENDING WILL BE RELEASED ON A WEEKLY BASIS. ALL MEDIA IS INVITED TO ATTEND THIS AWARD CELEBRATION.
MEDIA CALL TIME: 3:30 PM FOR CHECK IN
RED CARPET ARRIVALS GO FROM 4:30 PM-6:00 PM
ALL COVERAGE IS INSIDE
For all business related directly to the 22nd Family Film Awards Celebrations
(NOT FOR TICKETS OR SPONSORSHIPS)
CONTACT: ROGER NEAL @ NEAL ENTERTAINMENT
323-366-2796, [email protected]
Dinner delicious and kosher provided by Peyman Billionaires Events Billionaires Events by Peyman
See bottom of this article for important and exciting updated information about WFI and WFI New England and our entirely new advertising sponsorship packages and policies (and) about how you, your business, your school, your town and community or your humanitarian/charitable organization can sponsor one or a number of our various WFI educational programs and projects.
The following information is an official introduction made by WFI founder/CEO/president Olympia A. Gellini.
Ethel C. (Richard) Afridi is named Supervising Director for WFI New England branch, and is founder/CEO/president of the Well Health Companies (Well Health Publications, Videoworks Productions & Company, Well Health Promotions and Well Health Books). She has been on board with myself, Dr. Olympia A. Gellini and WFI and volunteering to WFI all services of the Well Health Companies since May 15, 2016. Ethel is a published author, an activist, advocate and educator standing for strong family, mental health awareness and education. She is also founder of the Held In Evidence Parents Initiative and National Education Projects.
Ethel has over 30 year’s practical experience in marketing and sales and has won national awards for her abilities within the field. Always at the top and an asset to her company in 1982 she was named #1 expert representative on the east coast by Olan Mills Portrait Studios. She started her own tourism and behind the scenes in business entertainment and variety magazine and book publishing companies in 1988 and has been active in various fundraisers and promotions for other business’ (and) as an author in print within many fields over the years. She has 5 adult children – one of which is also a magazine and book publisher and an author (Keith Katsikas founder/CEO/ president of TopShelf Publishing and TopShelf Magazine, Manchester, New Hampshire) and another (David Katsikas…who is a popular New England based singer, song writer, and music producer).My recent biography titled “Antonio Gellini: Portrait of a Hollywood Legend” was donated to the WFI and released by Well Health Publications as a Well Health Book and assisted in its publication and distributions in affiliation with TopShelf Publishing Company who also donated the work. 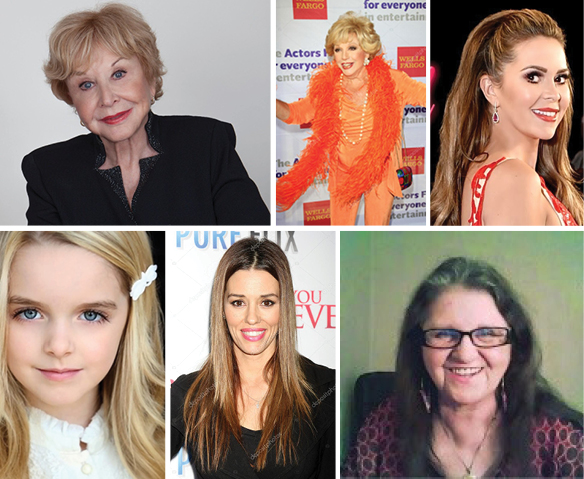 A couple of DavidKatsikas tunes are used in instrumental form inside World Film Institute Family Film Awards and Olympia Awards Competitions of Cultures, Arts and Entertainment videos, which are created and produced on a volunteer basis by Well Health Companies founder Ethel C. (Richard) Afridi, who is also Supervising Director at WFI New England.

Ethel is WFI’s officer in charge over “the nuts and bolts” of the Family Film Awards gathering in of nominees and of the official public voting website for the Family Film Awards for over two years. She is also chief writer and editor for many articles currently in print for the World Film Institute and she has authored many WFI other materials. Ethel also has worked very closely with me on Olympia Awards Competitions of Cultures, Arts and Entertainment and she has much knowledge about and extensive experience working with sponsors of the programs of WFI.

Contact Ethel Monday through Friday 8AM to 4PM Eastern at the number listed in the beginning of this article for your WFI advertising sponsorship needs and/or for tickets to the events. Alternatively, send an email to [email protected] and enter into the subject line “WFI sponsorship inquiry” or “Tickets” (serious inquiries will receive a response).
The World Film Institute has offices in America on each coast and around the world and several WFI program sponsorships to delight you from which to choose. You and your business can sponsor The Family Film Awards (or you can choose your sponsorship package from a number of our diverse cultural arts and entertainment programs opportunities), and you can even combine sponsorships – making your sponsorship gift and advertising budget really more a gift to yourself and to your community and its a gift which actually does keep on giving to you and to your community because at WFI New England we are different from many other film arts, cultural arts, humanities, sciences and entertainment educational and family oriented organizations. Read on to find out more!
We are different because we really do include YOU in ALL that we do. For your gift in the form of a sponsorship at WFI we are sincerely grateful and we are diligent to focus our attention on making sure that your gift dollars are allotted into the programs that have most value and meaning for your families and for your communities, and we extend to you and your business as a major sponsor of WFI programs a full year of sponsorship advertising in conjunction with WFI and Well Health Publishing and Promotions Companies (and) within various form of media. Well Health Publications, Well Health Books, ™ Videoworks Productions ™ & Company have teamed together with WFI and Antonio Gellini Productions and the result for our unique sponsors is a “win-win.” You can sponsor WFI programs easily by calling your local WFI office. …and you will be amazed at the wonderful work we do with both business’ and artists in every branch of family film, family oriented entertainment and within the cultural arts industry (and) in the many worthwhile human based benefits of becoming a sponsor of the World Film Institute which are extended to our unique VIP’s (individuals and business’ who support diverse cultures, the 12 arts of the world and of course, all important family entertainment)!
While we inform your public of your unique business and your involvement for betterment of our planet through support or WFI projects, of your support for diversity of international cultural arts and of your focus toward rewarding deserving artists through scholarships and in assisting in making with us a world for peace between peoples and nations, …we also promote your business or your cause with the very best in sponsorship advertising and with additional media placement within video and documentary, in WFI “behind the scenes” sponsor interviews and within published stories in print which spotlight our unique sponsors who support the work of bridging cultures and nations while we are on a mission to educate and inform all people through various books, print and broadcast media, video creation and documentaries – in the betterment of humanity for the sake of all persons. Upon your inquiry we will introduce you to our excellent WFI sponsorship packages and send to you all pertinent information.
The World Film Institute, Olympia Awards Competitions of Cultures, Arts and Entertainment, The Family Film Awards and Olympia Awards Cities of Light International Cultural Arts and Entertainment Theme Parks are a current reality coming to your area and are an excellent opportunity for investment within the arts and entertainment, as well as the place to be for all conscious modern business thinkers, business advertisers and sponsors.
Give us a call and we’ll show you how you can support this marvelous not for profit 501c3 educational organization. – Dr. Olympia A. Gellini (Los Angeles, CA) and Ethel C. Richard (Millinocket, Maine) – Supervising Director at WFI New England Office