Up Close and Personal with the Founders of Hollywood

“The two most important days of your life are the day you were born and the day you find out why.”
– Mark Twain
“Some are born great, some become great and some have greatness thrust upon them.”
– William Shakespeare, Twelfth Night
“Leadership is the capacity to translate vision into reality.”
– Warren G. Bennis

We all strive for a higher purpose in life, but a select few among us strive for their absolute highest purpose. Dr. Antonio Gellini is one of these few and very fortunate individuals who have made an impact that shaped history. His history speaks for itself.
One of the greatest challenges in life for anyone who has ever walked the earth is to be in the Right Place at the Right Time doing the Right Thing with the Right People. As our epic saga continues to unfold on the world stage in the months and years to come, you will find within these pages a rich canvas upon which the vibrant colors of history come together in a passionate and elegant dance of Inspiration, Actualization, Manifestation, Arts, Leadership, Illumination, Vision and Excellence.
This is the story of a man whose Vision and Mission of creating a better world have been his guiding light from childhood and whose Right Thinking, Right Speaking and Right Actions were aligned at a very young age, guiding his influence upon history to the present day and beyond, attracting to this cause other highly aligned leaders who share his Vision and Mission of helping the world to shine bright through the full expression of humanity to Unify the Cultures of the world through the Universal Language of Arts in the name of Peace, Love and Light for all generations to come.
The year was 1995. Driven by a passion for art and the desire to share with the world the cultural diversity of his native Iran and the wonderful cities he hails from, Tehran and Marshad, a young Antonio Gellini continued traveling the world to discover the diversity of other cultures and to share the beauty of his own.
After running the show “Locusts” at Iran Theater in his early days he was ready to see the world. He then traveled to Russia to compete in the Tashkent International Film Festival and then on to Germany to compete in the Berlin Film Festival, which he won with the film “Berlin Wall” at the young age of 17. After Germany he traveled to France to discover its cultural magnificence including the excitement surrounding the Cannes Film Festival. After France he was off to its great and mighty ally of old, the United States of America, and to the powerful city of Hollywood, California, known around the world and shining bright as the pinnacle city of arts and entertainment – not the least of which is Film.
Now it was 1995 – a very historic year for not only his personal life, but for the film industry across the world. Three major events occurred that continue shaping history to this very day. First, the World Film Institute which was created in 1985 as a 501(c)3 nonprofit organization to enhance all areas of film, orchestrated the inaugural Family Film Awards, both of which Dr. Gellini is the Founder & Chairman. The Family Film Awards first aired on CBS Network on August 22nd, 1996. It was a collaborative effort which he led as Founder, Chairman and Co-Executive Producer, together with his very close friend and business partner as Executive Producer – the late American Icon and Legend of Hollywood Legends, the great man Mr. Dick Clark, may he Rest In Peace. So began a highly successful venture led by World Film Institute and dick clark productions, to the tune of over 700 million views and a rating 7 times higher than the Academy Awards (Oscars) that year.
1995 was also the year of the first World Film Awards – a competition which brought together the greatest films from cultures around the world, awarding one Winner from each of the Film Festivals of 56 countries who would then be entered into the final competition resulting in the awarding of one final World Film Awards Winner – the greatest independent film in the world.
Dr. Antonio Gellini and Mr. Dick Clark had a deal with Mr. Ted Turner, the Founder of Time Warner, to air the World Film Awards show on TNT on November 21st, 1995. It was to be the first time in history such a feat had been accomplished. Fearing they wouldn’t be able to compete with this truly historic event involving independent films from the many nations of the world, various film executives gathered together from the Academy Awards and other organizations and filed a lawsuit against Dr. Gellini in a desperate attempt to stop him in court. That attempt was unsuccessful, however Mr. Ted Turner decided not to honor his contract and walked away from the $700 Million deal, of which Dr. Gellini stood to be paid $100 Million. 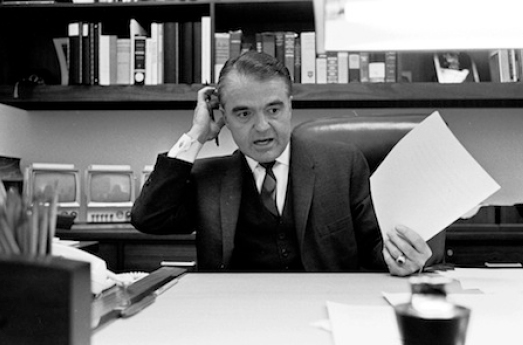 Even more shocking is the fact that Dr. Gellini had an “open and shut” case against Mr. Turner, which he surely would have won had he taken legal action to claim his payment guaranteed by the contract – and chose not to pursue it. All he had to do for $100 Million was sign the claim but he refused. That shocked the world at the time and no one could understand why he took no legal action. When questioned, his answer was simple: “After all that America has done for me, I refuse to sue an American citizen.”
1995 was also the year they broke the Disney monopoly on Family Films – an effort led by Dr. Gellini and his friends Mr. Dick Clark, Mr. Jack Valenti, then President of the Motion Picture Association and Mr. Bill Clinton, then President of the United States of America. A law was created requiring every Motion Picture Studio and all TV Networks in America to create no less than three (3) Family Films every year rated ‘G’ or ‘PG’ in order to stay in business. As a result, thousands of Family Films have been created in the last 20 years from all the major studios and all TV Networks in America, not just Disney.

This is a story that has never been told.

20 years later the epic saga continues to unfold once again – it started on August 27, 2015, when the Official Nominees of the 2nd Family Film Awards were announced at a most historic Press Conference at the Universal Hilton Hotel in Universal City, CA. The final Winners of the long-awaited 20th Anniversary Family Film Awards of 2015 were announced at the 69th Annual Cannes Film Festival on closing day May 22nd, 2016. Nominee selection for the 21st Anniversary Family Film Awards of 2016 is currently underway.
21 years after Dr. Gellini refused to take legal action against Mr. Ted Turner, the Founder of Time Warner, planning is once again underway for the World Film Awards under a different name as it will be represented by the arts category of “Film” in yet another historic event – the Olympia Awards Games of the 9 Arts and Entertainment – honoring excellence in the 9 Arts of Dancing, Music, Painting, Sculpture, Literature, Theater, Film, Fashion and Humanity.

2, 791 years ago was the beginning of the first Olympics for Sports in Athens, Greece. Now, on October 9th, 2016 – for the second time in history – a new Torch of the Greek Olympiad will be lit, once again, as the inaugural Olympics for the Arts begins in the land of a distant and very powerful descendant of ancient Greece – the United States of America. The whole purpose of the Olympia Awards Games of 9 Arts and Entertainment is to unify the world with Arts and Entertainment – the Universal Language and to transform the world from being mind-driven to being heart-driven
Not one to leave a historic task undone, Dr. Gellini is creating the American International Film Festival, a similar concept to World Film Awards as it will allow Winners from different cultures and Film Festivals around the world to compete in order to decide one final Winner of the American International Film Festival and the World Film Award. Similarly, the Olympia Award in Film will be decided through a competition of filmmakers that are first awarded in each of their respective countries resulting in a Final Winner of the Olympia Award in Film from all entries worldwide.
“In these times of change where the creation of visual images throughout the world and the powerful mediums that cut across lines are so important, I believe that we as filmmakers have an important responsibility because what we do affects the entire world. We can eliminate the boundaries of race, age, gender and religion through images that tell stories, represent adventure or impart information. From Indiana to India, from Chile to China, film touches one and all. God Bless Us All and God Bless America.”
Dr. Antonio Gellini, Founder & Chairman of World Film Institute, the Family Film Awards and Olympia Awards Games of 9 Arts and Entertainment
Current members of the Board of Directors of World Film Institute, Family Film Awards and Olympia Awards Games of 9 Arts and Entertainment are Dr. Antonio Gellini as Founder and Chairman, his business partner Mr. Allan Jay Friedman as President, Senior Vice Presidents Mr. Joel Diamond and Ms. Rossana Huang, Executive Vice President Mr. Ashkan Tabibnia, Vice President Mr. Justin Wallner who is also the exclusive personal publicist of Dr. Gellini. Mr. Kenneth Holm is the Chief Financial Officer and Mr. Koji Mizukami is the Secretary. The Advisory Board includes Mr. Mehdi Zokaei as President, Dr. Maria Simms as Vice President and Michelle Simms as a Board Member as well. Soon we will appoint more people from different studios and networks to various positions on both the Board of Directors and Advisory Board.
For more information please contact Mr. Justin Wallner at [email protected] 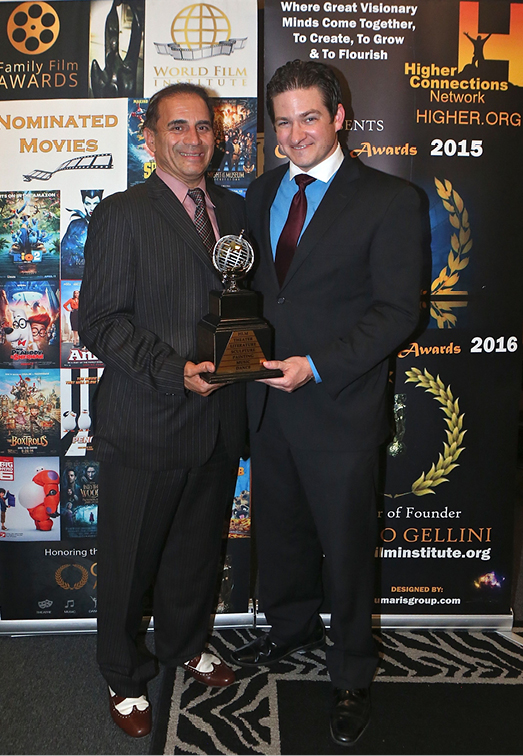 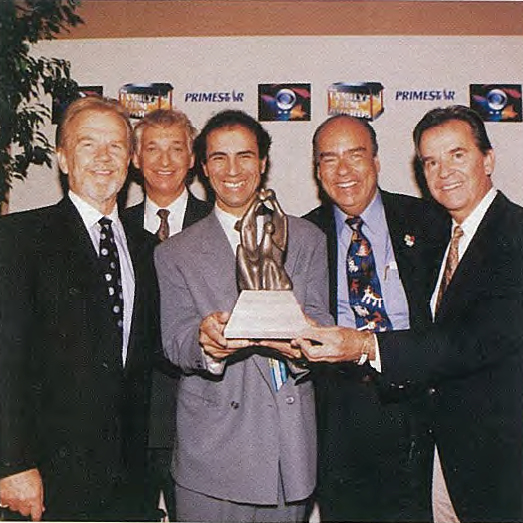 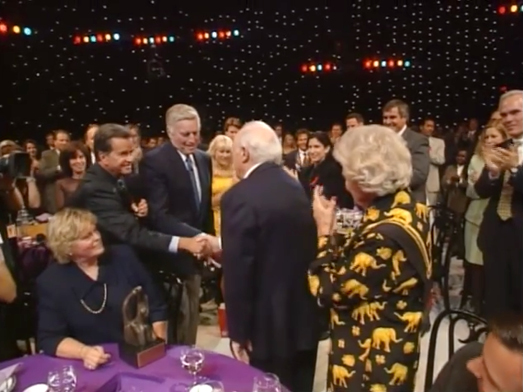 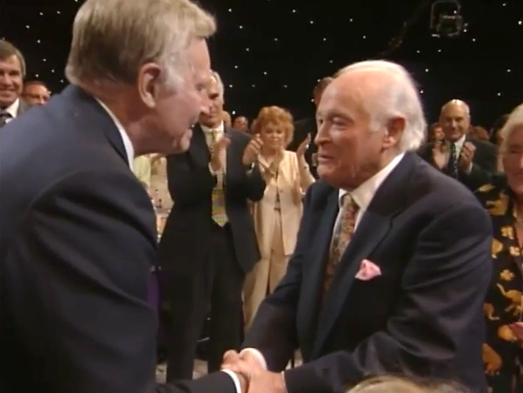 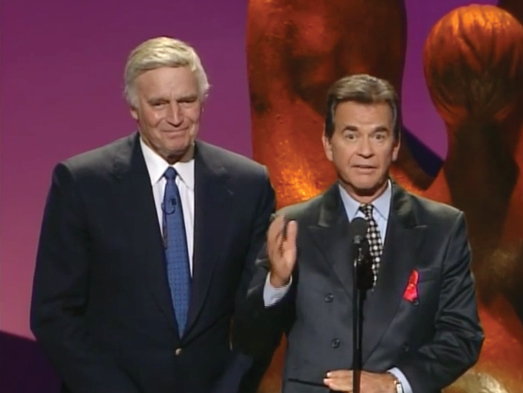 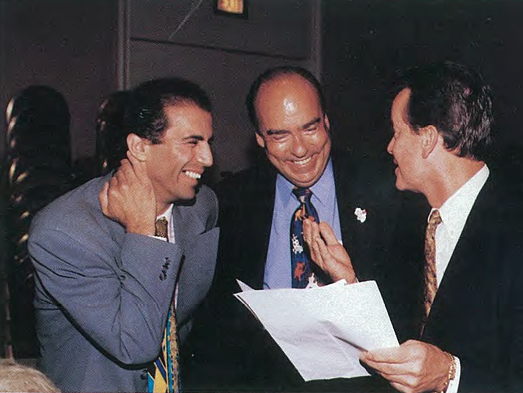 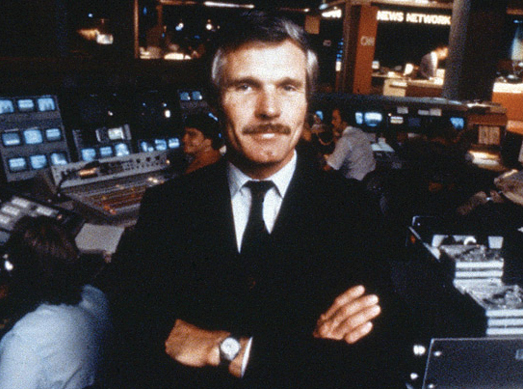 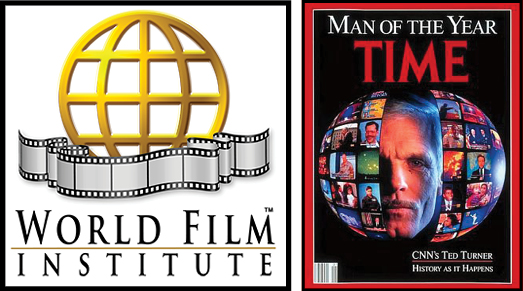 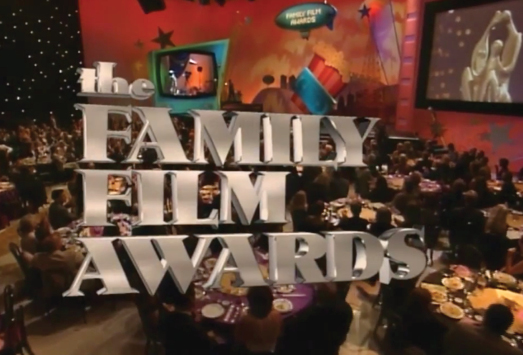