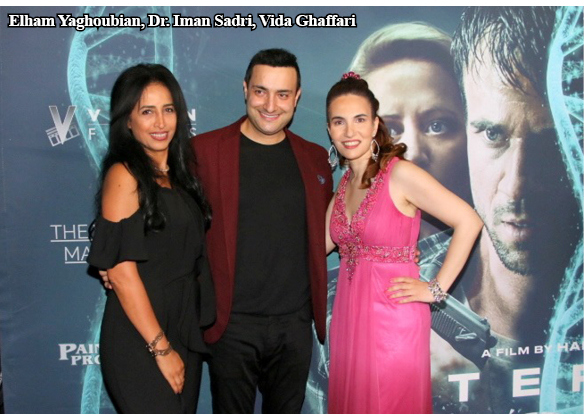 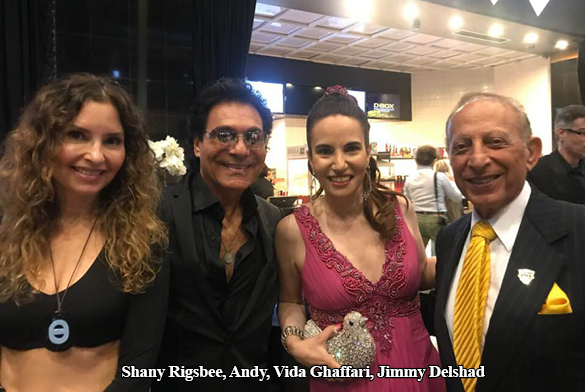 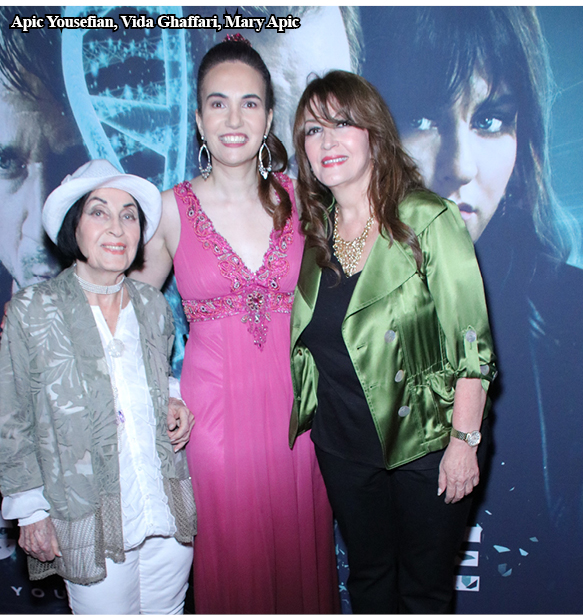 This film is about a genetic research company that has developed a miracle device to sustain human life for the rich and powerful therein breaking all moral and ethical codes. When the company’s CEO (Erika Hoveland) refuses to approve these illegal methods, she and her husband (Billy Wirth) are kidnapped by a team of mercenaries (Scout Taylor-Compton, Harley Wallen) hired by Oliver (Richard Tyson) to keep them out of the way. Fearing for her parents’ lives, their teenage daughter (Angelina Danielle Cama) must develop an unlikely ally (Damien Chinappi) to save her parents from those who would kill to live forever. Ghaffari plays a scientist who is working on the trials of this device. This role really meant a lot to Ghaffari as it was her first time playing a scientist, which was really compelling as she’s the daughter of renowned NASA scientist Dr. Abolghassem Ghaffari.
“I was truly honored to be cast in the role of Nikita. Harley is an amazingly talented filmmaker and I had fabulous cast and crew mates to collaborate with. It was my first role as a scientist and has opened the door for me to play other scientists and academics. While I never did become an academic like my dad wanted, it’s a nod to the family business if you will, which is education and I did play a super smart woman,” said Ghaffari.
“I really enjoyed working with Vida! I really enjoyed the play of duality that the role of Nikita has as she always has an agenda. Vida played that edge very well, when we see her onscreen, we can feel her scheming and plotting!” said Harley Wallen.
Though this film is just out, it’s garnered awards on the film festival circuit such as Best Trailer at the Around International Film Festival and two Best Crime Drama awards at the Indie Gathering International Film Festival.
Eternal Code enjoyed a limited theatrical release which began on Aug. 30 in select markets such as Royal Oak and Canton, MI as well as Lakeville, MN and more to be announced. This film was released on all major cable platforms and on VOD including iTunes, Amazon, GooglePlay, Vudu, and Fandango Now on Sept. 6. The DVD release was on October 15th. 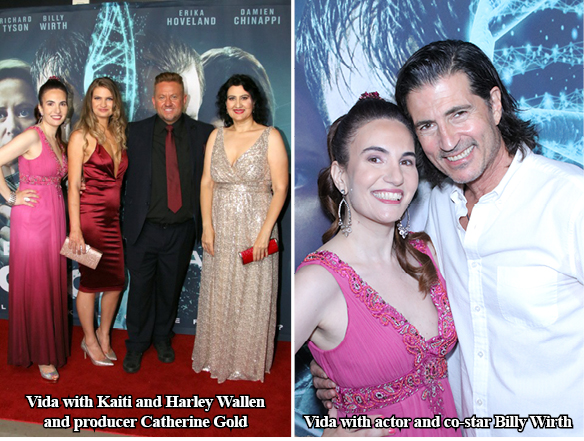 About Vida Ghaffari:
Hailing from the Washington DC metropolitan area, multi award-winning actress Vida Ghaffari, is the daughter of esteemed NASA scientist, mathematician and professor Abolghassem Ghaffari and noted artist and educator Mitra Ghaffari. Vida is also the granddaughter of renowned poet, educator and suffragist Ashraf Meshkati. Given her background, Vida was infused with a diverse artistic and analytical upbringing. Melding the realms of art and science and hailing from the prominent Qajar dynasty via her mom’s side of the family (Vida has two lines of descent from Fath-Ali Shah) and the aristocratic, artistically and politically powerful Ghaffari clan (who still has a street named after them in Tehran with Ghaffaris still living there), which pre-dates Islam on her father’s side, Vida- with her sophisticated royal bearing and Old World formality – often portrays regal, powerful and authoritative women. She is best known for her appearances on the television comedies, Mind of Mencia on Comedy Central, Jimmy Kimmel Live on ABC and The Mindy Project formerly on FOX. These projects cap off a number of successes for the versatile starlet. She just starred in a supporting role in Nation’s Fire, opposite two-time Oscar nominee Bruce Dern, Emmy winner Gil Bellows and UFC Champion Chuck Liddell. Her other film, the much buzzed about Holy Terror opposite Novak and Kristine DeBell, where she was billed as the “Persian Linda Blair” from her work in this role. This highly regarded actress also shot Hybristophilia with Quinton Aaron. She just booked a role as the mysterious and alluring Cassandra opposite legendary actor Tony Todd (Candyman and Final Destination franchises), which was also featured in Variety.
She also has a recurring role in the 3 time Peabody award nominated Suspense Show on XM satellite radio. She just recently starred as Samantha in noted filmmaker Dustin Ferguson’s Meathook Massacre: The Final Chapter, which premiered on the Monster Channel and Ferguson’s Moon of the Blood Beast opposite Alan Maxson (Godzilla: King of the Monsters), which premiered on WGUD-TV. Vida won a Best Actress Award for Supernatural Thriller for her portrayal of plucky dispatched Noel Johnson in that film. She also recently wrapped frequent collaborator Ferguson’s Los Angeles Shark Attack opposite Brinke Stevens (Slumber Party Massacre), Dawna Lee Heising (Samurai Cop 2: Deadly Vengeance), Maria Olsen (Paranormal Activity 3), Maxson and iconic actor Mel Novak (Bruce Lee’s Game of Death, An Eye for An Eye opposite Chuck Norris) once again.
Vida has been bestowed acting, voice over, and community service awards by The City of Los Angeles, The West Los Angeles Chamber of Commerce, The Panorama City Chamber of Commerce, The World Networks, Los Angeles Nollywood Film Association, The Universe Multicultural Film Festival, The WIND International Film Festival, and the Lucky Strike Film Festival among others. Vida was also the first person of Iranian descent to be inducted into the esteemed USA Martial Arts Hall of Fame. Ever the fashionista, Vida recently graced the cover of noted fashion magazine FVM Global Magazine twice as well as Shine On Hollywood Magazine and 1st Class Magazine and was quoted about her knowledge of red carpet fashion for the Oscars by US News and World Report.