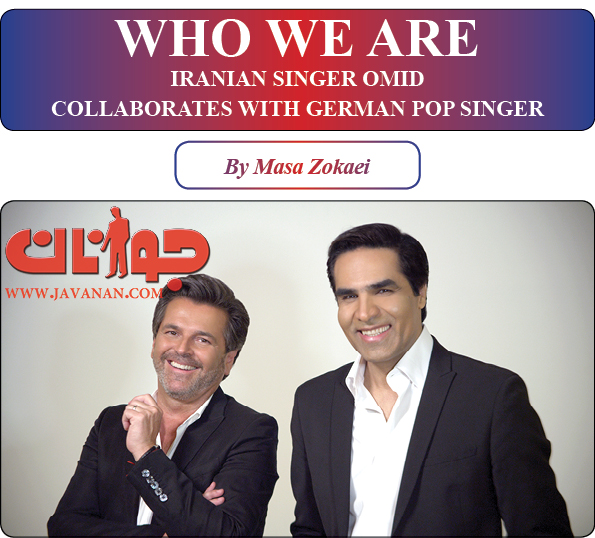 Javanan: How did it come bout that you started working with Warner Bros?
Omid: First, I have thank God for the opportunity have had such an amazing opportunity. I have always wanted to sing in other language like English, French and Spanish. A long time ago when I was in Turkey, I performed a few songs in Turkish there and later included them in my albums.
Two years ago I became friends with Farhan Zand in Sweden, one of the major producers of Warner Bros in Europe. He offered me a project on which a few international singers  were featured on it. German singer and composer Thomas Anders from the German pop group Modern Talking was named and I was really happy to hear that because in Iran, he has many fans and I was also always a fan. Well known singers from Russia, Middle East and Sweden would also be on the album.
Thomas Anders, high in demand to collaborate with artists. He became friends with me and appreciated my music. He said that he was ready to record music with me and tour internationally together. `

Javanan: What is the name of the song?
Omid: So we sang a song together “We Are One”, created by Farhan Zand and a songwriter for Modern Talking. They wanted to create a song with a taste of the Western and Eastern worlds in one.
It was intended that I sing the Farsi and Thomas sing the English part, but then we decided that I would sing the English part and Thomas the Farsi.
The lyrics are by Mina Jalali.
For the music video, we considered several directors, but Warner Bros and Thomas and I decided that Alec Cartio would be best for this project. The music video was made in Europe and America.

Javanan: What do you think of Thomas Anders?
Omid: For me it was really interesting that he sold over 130 million albums, performed in huge venues and sold out shows, and still was down-to-earth and genuine. He didn’t let the media affect. He wanted to get to know the Iranian people and culture. And was curious about Iran today.
I taught him that we use the word “jon” as a term of endearment. So now we refer to each other as “Omid Jon” and “Thomas Jon”.

Javanan: Who is going to distribute the song in the United States?
Omid: Sony will be releasing the song and music video. Sony said that if many Iranian people show lots of support for this project, in that case you can choose the next artist we work with.
The music video for “We Are One” will be premiered August 9. 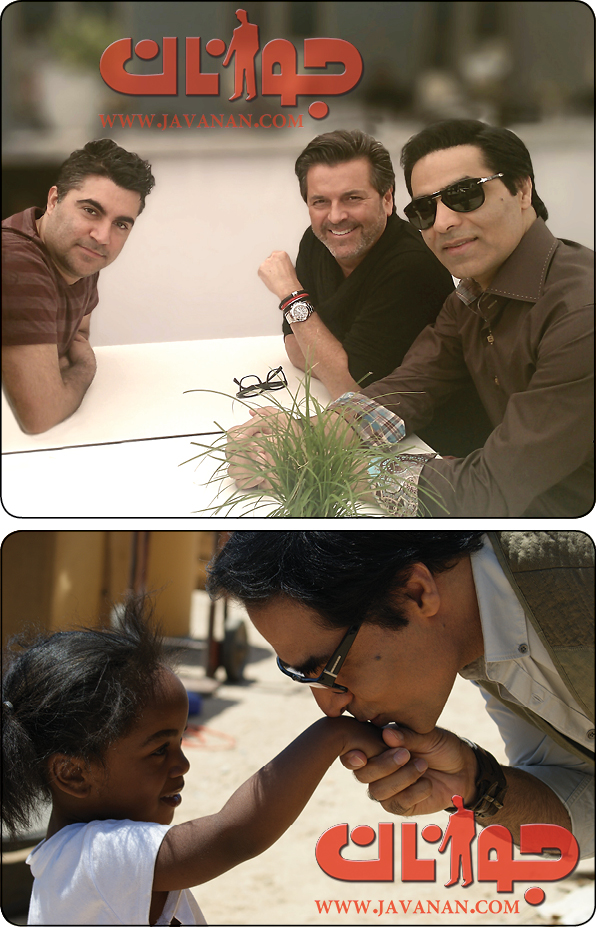